If you can’t take golf, you can’t take life, and the Ryder Cup will give you a dosage of what your life is missing. The Ryder Cup is a golf competition- played every other year- between a team from the United States and one from Europe. Since 1979, the competition has consisted of two days of four-ball and foursome matches, and one day of singles matches. The 2018 Ryder Cup starts Friday, September 28 and ends on Sunday, September 30.  Ryder Cup’s location alternates between Europe and the United States. This year, the event will take place at Le Golf National in Paris, France. Golf fans who don’t have access to NBC Sports or SkyGo due to geo-location will have to make use of either a VPN or Smart DNS proxy. 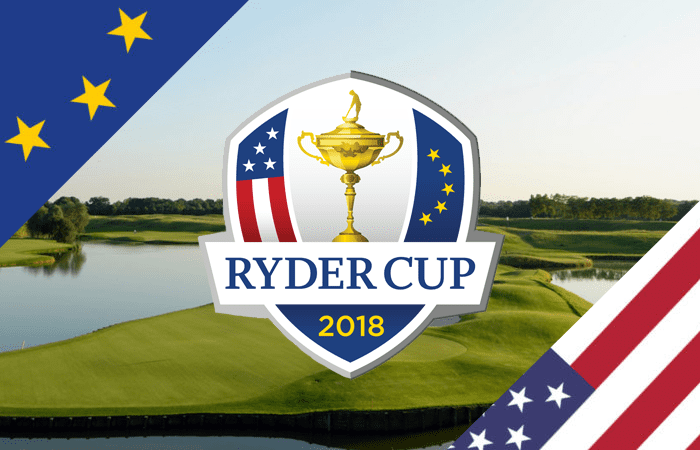 How to watch Ryder Cup 2018 outside the US

How to Watch Ryder Cup 2018 Live Online Using a VPN

If you want to watch Ryder Cup 2018 on NBC Sports outside the US and SkyGo outside the UK, you’ll need a virtual private network. A VPN, virtual private network works by creating a digital tunnel through which your device accesses the Internet. It connects your device to one of its servers and reroutes your connection through that server. Only after connecting to the server will you appear to be using its IP. Not only will this make it look like you’re located in a different country, but also give you online anonymity and freedom. So this is how you watch Ryder Cup 2018 on NBC Sports and SkyGO using a VPN.

ExpressVPN is a trustworthy and secure VPN service provider. Other than providing a wide array of features, it operates a huge pool of servers. This allows you to easily make use of streaming services and browse BitTorrent at great speeds. Should there be a reason why you won’t subscribe to ExpressVPN, you might want to take a look at the table below.

A Smart DNS is a rather new technology that was developed as a result of the increase of geo-blocking activities. It helps Internet users bypass restrictions and access blocked content from around the world. However, that depends on what kind of Smart DNS is being used. This proxy works by rerouting the traffic required to determine your geolocation. This way you can access these websites from anywhere. Here’s how you get to unblock NBC Sports or SkyGo to watch Ryder Cup 2018 live online outside the US:

Unlocator is a trustworthy service that is based on Smart DNS and provides smart streaming to hundreds of channels and other sites internationally. No logs are kept and no tunneling is involved that can jeopardize one’s privacy. The only downside to Unlocator is its lack of encryption.

Watch Ryder Cup 2018 Outside the US

Want to watch the Ryder Cup 2018 live and online? All you have to do is subscribe to either a VPN or Smart DNS to stream the event live from anywhere around the world. The Ryder Cup is around the corner, and golf fans will all over the world have the opportunity to catch all of the action live on NBC Sports or SkyGo if they use a VPN and Smart DNS. Find out who will win and let us know which VPN you used to get the channel where you are.