How to access blocked sites on Chrome, Firefox, PC, Mac, Android, iOS or any other device? Nothing is worse than the feeling you get after you realize that you can no longer access your favourite social media site, blog or streaming channel due to blocking mechanisms that might have been put in place either by your ISP, the authorities or some other body that has control over your Internet use. Not having access to some of your favourite sites and channels could be very frustrating since it means you’d be cut off from sources of information and content that you had already grown accustomed to. Luckily, there are plenty of methods, both free and premium, you can turn to in order to unblock any website or app you want, regardless of your current location. 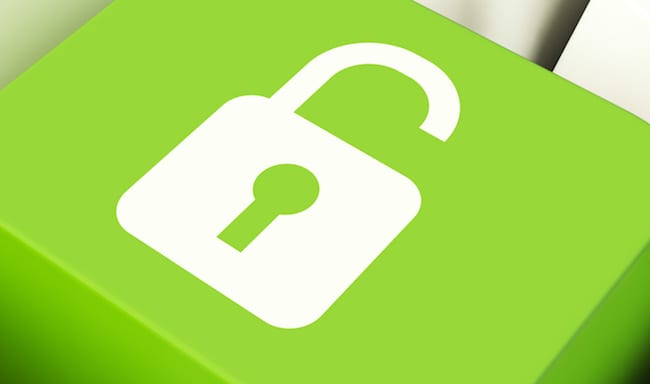 Once you find yourself in such a situation, you generally have two options that you’re forced to consider. Either you give up on the site that you were trying to access, or you look for a method that you could use to try and bypass the block. There are a number of methods that you could use to try and regain access to your favourite sites, and in this review, we’re going to take a look at 5 reliable ones that you should be able to easily apply.

Aside from all the other methods we’ve listed below, using a VPN service is easily the best solution you could apply towards accessing geo-restricted websites. They work by routing your traffic through to an encrypted channel, thereby scrambling the data that passes through the site and making it impossible for third parties to make sense of the data being transmitted. Using a VPN also allows users to hide both their location and identity since traffic gets routed through remote servers located in various parts of the world. This in turn allows for your IP address to change and reflect that you’re based in a different part of the world. If you’re looking for enhanced security and  access to blocked sites, there’s no safer bet than VPN.

ExpressVPN are the best VPN you can use to access any blocked website you want. You can try them out risk-free thanks to a 30-day money-back guarantee.

Most geo-restrictive websites are known to deny access based on a user’s IP address. This is because, IP addresses serve as a digital fingerprint of an Internet user, and can be used to establish where someone might be logging on from. To gain access to such websites, what you’ll need is a tool that is able to hide your IP address, and effectively conceal your actual location. One such tool is a proxy. A proxy is a computer system that acts as a kind of middleman between your browser and the Internet, and since it works as a server that anticipates your traffic before connecting you to the website you intend to access, your IP address gets changed before its sent out to other destination servers. This makes it possible for you to access geo-restricted sites.

There are plenty of proxy sites on the Internet that you can use to get to geo-blocked websites, and they are available as both paid-for and free services. If you’d just like to log on to a geo-blocked site every now and then, you could use the free ones; though if it’s something you think you’re going to be doing often, then the paid-for versions are a better option.

In terms of best Smart DNS proxy you can sign up with, give Unlocator a try. They offer a free 7-day trial and allow users to unblock over 220 streaming channels from around the world.

Granted, RSS feeds aren’t as popular as they used to be back in the day, but they still are a reliable way of getting the kind of information that you’d like to access in a more compact manner. Once you subscribe to a particular site’s RSS feed, you’ll easily be able to get syndicated editions of their content to your inbox. Now, for this to work, you’ll have to get it done in advance, meaning subscribing to the required site before you get to a region where the site in question happens to be blocked. An added advantage of using RSS feeds is an extra level of privacy since you won’t need to hand over personal details such as your name and email address to the site’s whose feeds you want to get continued updates on.

Another thing is that you’ll be able to create RSS feeds even for a site that doesn’t have one. The only disadvantage that comes with using this feature is that you cannot rely on it for content that’s in audio or video form. This means you won’t be getting feeds from sites such as YouTube for example.

Using remote access to log onto websites that you cannot presently access sounds like more of a long shot at first blush, but it’s a method that actually works, and allows you to do a lot more than just access blocked websites. All you’d need to do is to first get hold of software intended to facilitate this process; software such as LogMeIn, that are better known as remote connectivity programs.

Once done, you’d have to follow the instructions as detailed by the software, and once you’re all set, you should be able to access your computer remotely, and through it, establish access to whatever blocked site you’d wish to browse through. Remotely accessing blocked websites should work only if the computer that you’re controlling is in an area from which access is not prohibited.

Ultrasurf is a tool that users can rely on to bypass blocked websites, though most people won’t be too happy at first once they hear that it uses Internet Explorer as its default browser. This is however in its most basic form, since once you have the software downloaded in a USB flash drive, you’ll be able to run it whenever you’d require.

There have also been a number of addons that have been developed for Chrome and Firefox users, but unfortunately, that’s as far as it goes since Linux and iOS users won’t be able to make use of the service. The speed you get to use with Ultrasurf is quite fast, and as an added advantage, once you shutdown Ultrasurf, your history and cookies all get erased.

As a tool that was first developed to allow users to get past China’s Great Firewall, it has definitely amassed a lot of criticism due to the security issues it faces as a standalone software. Despite all this, it still is a great tool to get around blocked websites.

While we do recommend using VPN to unblock restricted sites and apps, you might wish to test different solutions. Have you given any of the methods we have listed above a try? Let us know by leaving a comment below.