If you’re in Mexico and want to watch channels like American Netflix, Hulu, HBO GO, Showtime, BBC iPlayer, Sky Go, ITV, or any other foreign streaming service, you will notice that they are geo-restricted. These channels only offer content to local users. Moreover, your online activity is always monitored. The Mexican government and ISPs apply surveillance on all online data. To solve these problems, you can get a VPN. It unblocks all content and encrypts your data at the same time. But which VPN is the best for Mexico? Read on to find out. 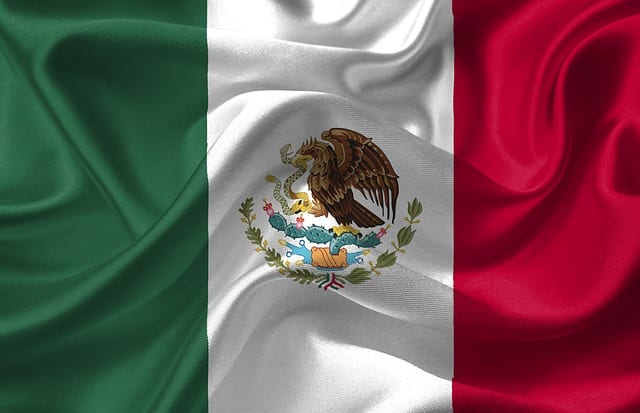 Whether it’s free or party free when it comes to the internet, a VPN is always a good tool to protect your device and your data when browsing the web. So, without further ado, here’s what’s included in this Best VPN for Mexico review:

Do I Need a VPN in Mexico?

Mexico is one of the few Latin American countries that have little or no Internet censorship. You might wonder why you need a VPN when visiting or living in the country.

Well, technically, Mexico is partly free. Back in 2014, the government issued the new Telecommunication Law, which allows it collect and retain internet users’ detailed browsing data, crippling the right of users to have free uncensored internet in similar ways to the SOPA and ACTA laws

Moreover, freedom of speech is under constant in Mexico because of the violence against the users who post things about criminal groups. In fact, two Nuevo Laredo-based bloggers were allegedly tortured and killed by TCOs for sharing posts about drug cartels.

So, using a VPN is recommended whenever you go online, regardless of where you currently reside. Mexican citizens, as well as tourists visiting the country, should turn to VPNs to add an extra layer of security and privacy to all their online dealings.

Hiding their identity will solve the problem they’re facing with freedom of speech. With a hidden IP, no one can track what they do online or where they actually reside.

Furthermore, public WiFi at hotels, restaurants, and airports is never safe to use without connecting to a VPN server first.

Additionally, users might want to access sites and apps that are geo-blocked in Mexico. To do so, they need to spoof your online location first. By subscribing to a VPN service provider, they can change your IP address to any country they like.

This process, in turn, enables them to unblock geo-restricted streaming channels such as American Netflix, HBO GO, and Amazon Prime even if they don’t currently live in the United States for instance.

With that said, we performed a couple of tests based on our strict evaluation process to determine the best VPNs for Mexico. Get a sneak peek below, followed by the full review of each and every provider.

Choosing the right VPN can be tricky. It’s important to know that free VPNs are not reliable. Therefore, you should probably not waste time on them. We’ve gathered a list of the most useful VPNs according to our evaluation process, focusing on speed, server network, security, privacy, and the ability to access geo-blocked content.

ExpressVPN has been leading the VPN industry for quite some time now. The service is based in the British Virgin Islands, which is a region that does not abide by data retention laws.

To solidify this recommendation, we ran ExpressVPN through a couple of tests to show you how credible it is to use in Mexico. This is what we came up with:

With a single account, users can use up to five simultaneous connections. Pricing was a bit expensive compared to others, but we saw what the VPN is capable of.

ExpressVPN bills users $12.95/month. Their yearly plan stands at $6.67/month along with 3 extra free months. Finally, the provider offers a 30-day money-back guarantee policy, which allows users to test its services and ask for a full refund if it didn’t live up to their expectations.

BulletVPN has improved a lot since its launch back in 2018. The Estonia-based provider is located nowhere near the Five Eyes Association’s area, which is an excellent reflection of how private it is.

The question is: Why is BulletVPN considered as one of the top VPNs for Mexico? Here are the facts:

BulletVPN offers decent subscription costs. Users can pay $10.98/month or $3.75/month if they subscribe to their yearly plan.

Furthermore, there are two ways to try out their service risk-free. A 30-day refund policy, as well as a 1-day free trial for Android users and customers who contact the support team.

Unlocator launched back in 2013 with only one thing in mind – helping users bypass the internet’s limitation. However, in 2019, the provider decided to go full-on VPN and Smart DNS service to include security and privacy as well.  as a Smart DNS proxy service.

When it comes to privacy, some questions rise according to the provider’s headquarters’ location. It’s based in Denmark which is part of the 9-eyes alliance – an extension to the notorious 5-eyes alliance.

They do state that no logs are collected, which was proven right in our review:

A monthly Unlocator subscription costs $9.99/month (VPN and Smart DNS). If users want Smart DNS (alone), they can get it for $4.95/month.

Finally, Unlocator has a 30-day money-back guarantee, which begins after users are done with their 7-day free trial (no credit card required).

NordVPN has become one of the best VPN providers to use not only in Mexico but around the world. It’s based in Panama – a region where no mandatory data retention laws apply.

During our evaluation, we found a couple of things worth mentioning. However, as grand as the service is, one drawback was recorded.

NordVPN costs $11.95/month. However, the cost decreases if users opt for theirH3-year plan, your monthly fee drops to $3.49/month along with 3 free extra months.

The service offers a 30-day refund policy. No free trial is available.

How to Connect to a VPN in Mexico

After you’ve picked your desired VPN, you should know how to use it. Follow these simple steps:

Now, you have a VPN that lets you access any content in the world from Mexico. You can do that while your online data is safe.

Along with unlimited access to content online and privacy, a VPN has other advantages. It allows you to connect to public networks safely. So, no matter which virtual network provider you decide to use, you will benefit from many features while you’re in Mexico. So, which VPN did you end up choosing? Let us know in the comments below. 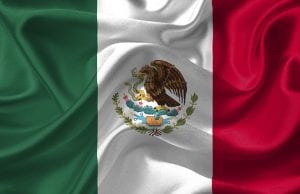 Description: With everything taken into consideration, ExpressVPN is by far the best VPN for Mexico.