Spain is a great country to visit or live in. It’s ranked 15 on “the top places to visit in 2020” list.  If you’re not wandering around Palma Old Town or visit Parc de la Mar, you’re probably browsing the web back at home. The internet in Spain is almost party free. However, having no obvious censorship doesn’t mean there is nothing to worry about. There are always threats and a VPN can protect you against them. But what are the best VPNs for Spain? Find out in this review. 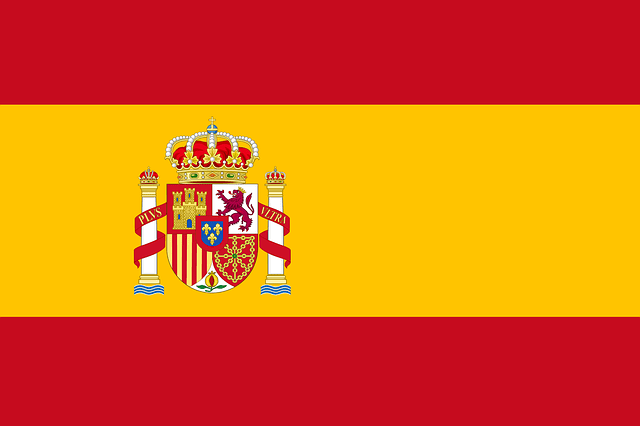 Spain has a lot of hidden secrets when we speak of its so-called free internet. Whoever’s connecting, they should keep in mind that the internet is not a safe place to roam without proper precautions.

That’s why a VPN should always be present on your device whenever you’re browsing the web. What VPN to use in Spain, you might ask? Here’s the full review.:

Why Use a VPN In Spain?

When we speak of online browsing today, we can say that there are a lot of threats users may face on the World Wide Web. No matter how safe we think or what it to be, it’s simply isn’t.

That’s why a Virtual Private Network is needed whenever we go online. A VPN is a cybersecurity tool that enhances online security and helps maintain ultimate privacy.

It applies military-grade encryption on the user’s traffic, making it next to impossible for anyone to get a hold of what’s sent or received. On the other hand, a VPN cloaks users’ IP addresses, allowing them to surf the web anonymously.

Online users will face challenges, including censorship by the government, malicious entities (Hackers, cybercriminals), monitoring, and more. The question is: How many of these are included when we mention Spain? Is a VPN in Spain really that necessary? Let’s find out.

The Internet in Spain

When it comes to the internet, Spain provides is one of the countries that have freedom of speech and press, and the government generally respects these rights. However, some reports state otherwise.

Spain is known for censoring the internet. In fact, blocking some websites has become a habit in the country. Spain bans websites that contain unwanted political views.

This was probably in response to the activist groups who promoted the Catalan independence referendum. Back on October 10, 2017, a pro-Catalan WhatsApp independence group was blocked by the Spanish Civil Guard.

So, we’re not just talking about censoring, we’re also referring to some monitoring by the government. On the other hand, the Spanish government apparently doesn’t tolerate memes on social media, banning a lot of them as the claim that it’s “spreading of images that infringe on the honor of a person.”

Aside from censorship, we also mentioned that Spain might monitor its residents. The country claims that they don’t participate in government surveillance. However, a couple of incidents show otherwise.

The student in the city of Murcia made some jokes on Twitter that “glorified terrorism”. In response to such actions, the government sentenced her to an entire year of prison.

Moreover, the government ordered ISPs to block PirateBay in 2015, which solidifies its state as one of the toughest countries that fight pirated content.

Freedom of speech and free internet access are both important, and with a VPN, they’re easily achieved. This internet software hides the user’s IP address and maintains their privacy. They can browse the web without being monitored and express their opinion freely (With boundaries of course).

Despite having great television in the country, Spanish residents can explore the world of streaming with a VPN. You see, streaming services apply geo-blocks, which means that they’re not accessible outside their country of origin.

Channels like Netflix, Hulu, Amazon Prime, and BBC iPlayer apply geo-blocks. They restrict user access to certain locations and block those who are outside the area of coverage.

The IP address is what exposes your location and a VPN can change that. This doesn’t only help Spanish residents access such channels, but it also aids Spanish ex-pats in getting back the likes of MovieStar Plus outside the Spanish region.

When choosing a VPN you should keep in mind many things, including the country it’s based in, speed, server network, security, unblocking capabilities, and more.

We’ve reviewed dozens of VPN providers so far, and according to our evaluation process, four made it to the list as the top VPNs for Spain. Here’s the full review:

ExpressVPN‘s headquarters are based in the British Virgin Islands. This speaks a lot about the provider’s privacy as the region is nowhere near the reach of the Five Eyes Alliance.

ExpressVPN launched back in 2009, and ever since, it adopts a strict no-logging policy. However, privacy isn’t what makes ExpressVPN the service it is today. According to our tests, the provider excels in the following departments as well:

With a single account, ExpressVPN allows up to five simultaneous connections. Now, let’s talk about getting an account. The service is quite expensive compared to the other VPNs on our list.

However, from what we’ve seen, users will be getting what they pay for with this one. Also, it provides a 30-day refund policy, so if it is not up to your expectations, you can get a full refund without any problem.

BulletVPN is also based in a country where no data retention laws apply – Estonia. The provider does not collect any logs nor store them for future use.

The first thing that caught our attention was speed, but as we went deeper into the evaluation, BulletVPN proved to be a lot more than just a speedy VPN:

BulletVPN offers decent subscription costs, including $10.98/month. Whatever plan you choose, they’re all covered by a 30-day moneyback guarantee.

Also, BulletVPN offers a 1-day free trial if you’re signing up through Android. Other users can contact customer support to benefit from the trial.

Having their headquarters in Denmark isn’t a good thing, which had us question Unlocator’s services at first. However, when we tested the service out, we saw that there’s nothing to worry about in terms of privacy.

Unlocator adopts a strict no-logging policy and packs up some really cool privacy and security features. And for an original Smart DNS service, we had no problem accessing blocked content overseas. Here’s what we got from our Unlocator evaluation:

For $9.99/month, you can use Unlocator on 5 different devices at the same time. The service offers a 30-day refund policy, but before we get to that, we can use their 7-day free trial first.

Last but not least, we have NordVPN, which became one of the biggest names in the VPN industry over the years. The provider is based in Panama, a region where no laws force providers to hand over user data.

We tested NordVPN’s service and found out that it has a lot to offer. Here’s what we found:

NordVPN costs $11.95/month, which allows six simultaneous connections. As for a free trial, NordVPN used to offer one but doesn’t anymore. Apparently, users started signing up and took advantage of the trial, damaging the provider’s server network in the process.

Now, NordVPN only offers a 30-day refund policy, which is more than enough to try the service out.

How to Connect to a VPN in Spain

After you’ve chosen a suitable VPN, you’ll want to know how to use it. Follow these steps:

The process is easy and grants you access and protection while online.

Getting a VPN in Spain is fairly easy. The process doesn’t take much time. You can directly enjoy streaming online live channels. You’ll also benefit from the added security and privacy. It’s important to choose the VPN that suits your own needs. Just make sure that it is reliable, has a decent refund policy, and enjoy it! Let us know which VPN you ended up with in the comments below.