Are you one of the people that have embraced Virtual Reality in its modern form? If so, then you are probably the proud owner of an Oculus Go. Why not kick your VR experience up and notch by adding a VPN to it? Yes, I know, VPNs don’t work on an Oculus…right? Right..but there are some tricks to getting around that! Read on to find out how to work a VPN on Oculus Go and which VPNs you should invest in. 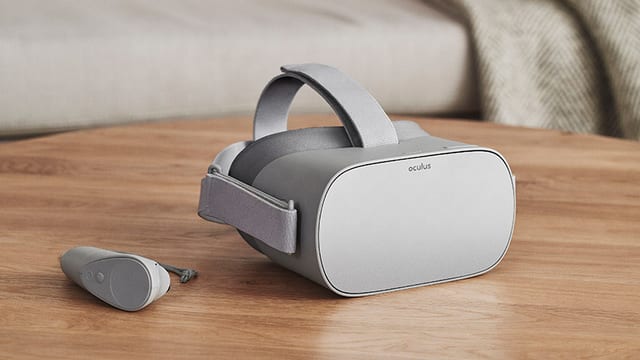 Just in case you’re already familiar with the different methods of installing a VPN on Oculus Go, here’s a quick overview of our experts’ top picks for Oculus Go worthy VPNs:

Is Oculus Go Compatible with VPN?

To answer this quickly: No. Oculus Go is not compatible with VPNs. It might be eventually, especially since more people are investing in VR, but for now, you will not find an Oculus Go specific VPN app.

That being said, there are still ways for you to side-step that. I will be covering the 2 simplest methods to do it, but I do want to note that you can find other methods that can get the job done as well.

How to Install a VPN on Your Oculus Go – Two Methods

So, as I said above, there are other methods you can use to get your VPN working on an Oculus Go. The reason I’m not covering every single method is because the others do require a bit of technical know-how, and I wanted to keep this guide simple enough for anyone to use.

Let’s get into this, shall we?

Method 1 – Install a VPN on Your Router

The first method you can use is installing a VPN on your router.

In all honesty, this is probably the end-all method you can use to cover anything that can connect to WiFi. Why? Because your router is what gives these devices access to the internet. If you can get the initial access point covered by a VPN, any device you connect to it after will also be covered by a VPN.

Depending on your router make and model, the installation process can differ. We have written a whole bunch of guides for different router manufacturers, so I suggest you search for your specific model. Some installation guides are complicated, others are very direct and to the point. You can check out this general guide to get an idea of what the process would take.

If you don’t want to go through the trouble of installing a VPN on your router, you do have another option. Many VPN providers have collaborated with router manufacturers to provide their customers with read-to-be-used VPN routers. Buy it, set it up, and you’ll be using your Oculus GO with your VPN in no time.

Assuming you don’t want to go through the trouble of installing a VPN on your router or buying a VPN router, you can use this second simple method.

So, for this one, all you have to do is get your VPN on your laptop or PC then use Network sharing to connect your Oculus Go to the internet.

Full disclosure: You do need to set up Network Sharing yourself. The good news is that we have this handy guide that you can follow to the T to make it all that much easier to do.

Do this process once and then all you have to do after is connect to the network.

So now that you have an idea on how to get the VPN working on Oculus Go, let’s talk about which VPNs you should invest in.

To start it off, I want to point out that not all VPNs are created equal. In fact, some VPNs, specifically free VPNs, are incredibly dangerous and should be avoided at all costs.

Paid VPNs are also “not created equally”. That’s why we usually suggest that you stick with top-tier providers who have built their reputation around protecting their customers’ privacy and security while giving them superb access to geo-blocked sites.

Here are our experts’ picks for Oculus Go VPNs:

I’m going to start the list by discussing our experts’ top choice: ExpressVPN.

If you’re looking for a VPN that has it all and delivers beautifully, this is the service provider for you. It’s one of the few VPNs left that can still unblock US Netflix, so you know its unblocking potential is on point. It also follows a strict no-logs policy and offers the best customer support service in the industry.

ExpressVPN has a whole slew of features on offer, including a 30-day money-back guarantee. You can use this offer to test out the service for a whole month before you decide to commit to it, as it may be a little pricey for some people.

Next up, we’ve got IPVanish.

This provider is a little cheaper than ExpressVPN and still managed to offer a fantastic and well-rounded service. One of IPVanish’s biggest selling points is their fast download speeds, which is why the VPN is a fan favorite among Torrenters all over the world. It supports P2P file sharing and gives you up to 10 simultaneous connections per account.

Sadly, it doesn’t come with a full month’s  “money-back guarantee”, but you can still test the VPN out for up to a week before the refund policy runs out. If this seems like a VPN that tickles your fancy, check out our IPVanish review to get an even better picture of everything it can do for you.

Here is a provider that is made for the security buffs among us. NordVPN has catered its features to satisfy the most paranoid VPN users out there. I’m talking 2048-bit SSL encryption, double VPN, and even split tunneling. On top of all of that, it’s also a fantastic VPN for anyone looking to bypass tricky geo-blocks like the ones imposed by Netflix.

Don’t take my word for it, read our full NordVPN review to get all of the information you need to make the right decision.

This provider is relatively new, compared to the others on this list. Despite that, BulletVPN managed to form a solid reputation very quickly. It has blazing fast speeds and is the perfect VPN for cordcutters and streamers. Even though it doesn’t have a lot of servers on offer, it is still able to unblock the toughest geo-blocking sites out there (Netflix).

BulletVPN offers a whole bunch of features that allow it to provide an excellent VPN experience to all of its customers. Why not take a look at them here?

How to Install a VPN on Oculus Go – Final Thoughts

There you have it, folks; two methods to set up a VPN on an Oculus GO plus a list of VPN providers you can trust in. This way, you’ll be able to access all of the features the VR world provides even if it’s geo-blocked in your country. You’ll also be able to keep your information and your data safe, secure, and private.
Let me know in the comments if you found this guide helpful!