It’s becoming increasingly more important to have a way to protect yourself when you’re online. The internet isn’t a safe space, and you’re always at risk of a possible hack or attack. A VPN can help you secure and protect your data and traffic while giving you the added benefit of unblocking geo-blocked websites. In this article, I’ll explain why installing a VPN on your router is something you should be seriously considering while showing you which VPNs work best with TRENDnet Routers. 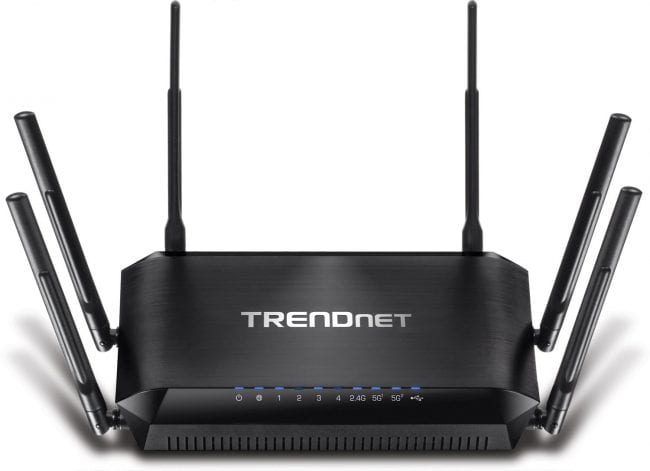 Why You Need a VPN

Before we get into why you should install a VPN on your TRENDnet Router, let’s go over why it’s important for you to get a VPN in the first place.

There are 3 main functions of a VPN:

When you use a VPN, the first thing you have to do is pick a server from the VPN’s server list to connect to. The VPN will then re-route your traffic using that server while encrypting all of your data. When the VPN re-routes your traffic, your public IP changes to match the location of the server you chose. Changing your public IP allows you to bypass the restrictions imposed on your original public IP. If you choose an American server to connect to, you’ll end up with an American IP. If you choose a Ukranian server, you’ll get a Ukranian IP.

So, why would you need a VPN? Because the internet isn’t as safe as you’d hope it would be, and you need a powerful security tool to help you stay private and anonymous online without having to deal with pesky geo-blocks.

Why Install a VPN on TRENDnet Routers

In general, VPNs come with a set limit on how many devices you can connect to your account at the same time. It’s understandable why VPNs do this since they do need a way to stop people from abusing their services. However, it’s a little annoying.

You can bypass this entire problem by installing your VPN on your TRENDnet router. This way, any device you connect to your internet will be protected by the VPN. The best thing about this is that your router counts as one device, regardless of how many IoT devices connect to it.

The Best VPNs for TRENDnet Routers

Now that you’ve got an idea of what a VPN can do for you if installed on your TRENDnet router, it’s time to talk about which VPN you should get.

The first thing you need to pay attention to is whether the VPN is free or not. Free VPNs are extremely dangerous and don’t often do what a VPN is supposed to do. In fact, they put you at risk for possible data theft and attacks more often than not. There’s no such thing as a free service and these kinds of VPNs will force you to pay in ways more valuable than money.

Credible paid-for VPNs, on the other hand, are different. When you’re looking for a service provider to subscribe to, you need to make sure that the following features are available:

To make things even easier, we’ve already conducted our own research to find the best VPNs for TRENDnet Routers. I’ll discuss the top 3 suggestions below:

Our first suggestion is ExpressVPN. This VPN service provider is known as the best provider currently on the market. ExpressVPN excels in its service and consistently provides its users with fast internet speeds, reliable servers spread across the world, and even access to the American Netflix. Some of its features include:

Our second suggestion is known for its blazing fast internet speeds. BulletVPN might not have a large server count, but it makes up for it with its server location and impeccable service. Some of BulletVPN’s features include:

The third suggestion on our list for best VPNs for TRENDnet routers is NordVPN. NordVPN is known as a “features heavy” VPN, which means that it provides its users  a lot of extra features, some of which include:

That’s all of the basic information you need to know when picking out the best VPN for TRENDnet routers. It’s important for you to have the tools to keep yourself secure and private online, and nothing gets results like installing a VPN on your router. Check out this step-by-step guide on how to do that, and let us know what your router VPN experience has been.