What exactly is VoIP? It isn’t surprising that most people don’t know what this term means even though they use this technology every day. 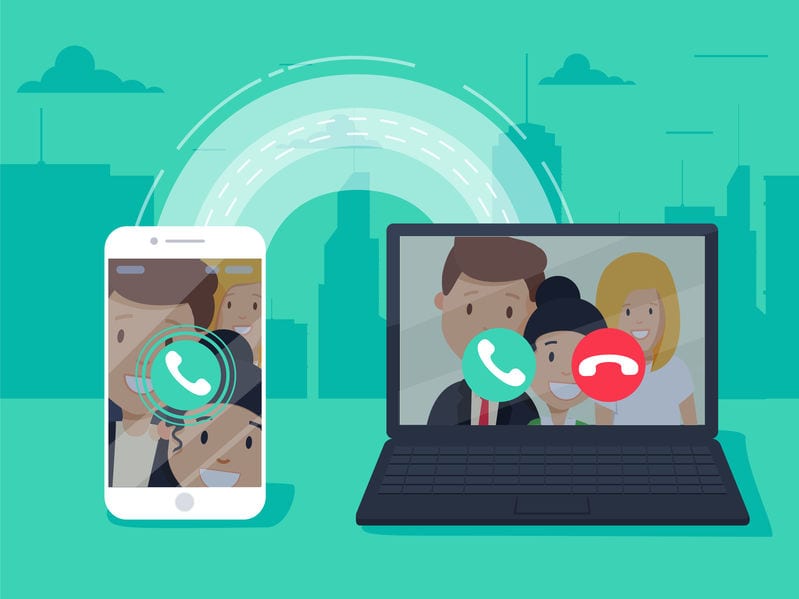 There was a time when long-distance communication wasn’t easy at all because the Internet did not exist and phone calls were expensive. This was before the private sector figured out solutions to these issues.

Making long distance phone calls was quite unimaginable because they were exorbitant. That’s the reason why, back then, letters were so common. But ‘Voice over Internet Protocol’ services changed the whole face of communication.

VoIP stands for voice over Internet protocol. Sounds complicated? It’s not, because every single day most of us use some form of the other of VOIP calling. Skype, Google Hangouts, WhatsApp are all forms of VoIP calling.

They have been popular for years because they are conveniently easy to use. They’re also extremely affordable than conventional phone calls. For instance, making a normal phone call from the US to the UK can cost $1 per minute.

But if you use Skype to make such a call it will cost you as little as one cent per minute which is a good deal. Because the Internet is easily accessible today and most people are equipped with smartphones and laptops, making long distance calls over VoIP is hassle-free and cheap.

In short, ‘Voice over Internet Protocol’ is a phone service that’s delivered over the internet and converts voice input into a digital signal. If the caller and the receiver are talking on the same platform the call is free.

However, in some countries, VoIP calls are banned. This applies to the United Arab Emirates, for instance. People there have to resort to a virtual private network in order to access services like Skype, Hangouts, and WhatsApp. Before we discuss the best VPNs to use for accessing VoIP, let’s see why VoIP technology is so popular.

There are millions of reasons why VOIP technology has been widely adopted by millions of people around the world. VoIP offers features that are not possible unconventional phone calls. VoIP technology can be used to make voice and video calls.

This revolutionary technology has made it possible to keep in touch no matter how long the distance. Some of the defining features of VoIP technology are:

We all know that it would be expensive to make a regular phone call to someone on the other side of the world. However, this has been made easier with VoIP technology, which is easily accessible anywhere there is an internet connection.

It doesn’t matter how far the place that you’re calling; as long as your internet connection is strong the call will be seamless. For example, if you and the person you are calling are on Skype, then the call will cost you nothing.

But if you are making a call from Skype to a regular cell phone number, then the cost of the call will be as low as one cent per minute. Such affordability is unimaginable in regular phone calls.

VoIP calling has no geo restrictions. If you use a regular telecom operator to make a phone call, you have to enable roaming services if you want to access the service in any other country.

But if you use Skype Hangouts WhatsApp or any other service that uses VOIP technology, you can make calls from and to any part of the world regardless of your location.

As long as you have a laptop or a mobile device that can connect to the internet you can easily and seamlessly enjoy ‘Voice over Internet Protocol’ calling. In most cases, your data charges will remain the same regardless of the location you are making the call from.

VoIP technology is much more advanced than regular telephone calls, and the security they offer is also better. VoIP calls are secure because the connection is encrypted and cannot be hacked. The apps that are used to make these calls are highly encrypted and protected from unauthorized access.

Many are the VPN providers out in the market today. Each one of them promises strong security, high speeds, fast downloads, and top-notch services. Finding the best VPN to use for VoIP means giving certain features more importance over the others, including things like speed and server distribution. With that being said let’s take a look at some of the best VPNs for VoIP services.

ExpressVPN does wonderful things for VoIP users. The company has a large network of 145 servers in 94 different countries, plenty to choose from. If you’re at all worried about losing call quality, ExpressVPN is definitely the way to go. Additionally, ExpressVPN features a zero traffic logging policy to help keep your data from third-party hands. A 256-bit AES encryption prevents ISPs and hackers from snooping on private conversations, letting you use any VoIP you like without worrying about security issues. Read more about ExpressVPN in this article.

Just as the name implies, IPVanish makes you invisible online. The service exists to promote a free and open internet, allowing users to bypass censorship filters and surpass government blockades easily. The service’s network covers 850 servers in 60 different countries with over 40,000 IP addresses between them. This provides an enormous amount of freedom for VoIP users who need a solid connection without any lag. For more information about this provider, read this article.

NordVPN is an extremely high-quality VPN provider suitable for unblocking VoIP. The company runs a large network of over 1,000 servers in 56 different countries. NordVPN configures many of these servers for optimum speed, as well. This provider does some great things with privacy and online security, specifically with its double VPN feature. VoIP conversations that take advantage of this double wrapped encryption are unbreakable, even to massive supercomputers. More about NordVPN here.

The best thing about BulletVPN‘s service is the privacy you get to enjoy as a result of having your connection encrypted. If you care about your personal information and not having third parties listen in on your conversations, then BulletVPN is what you need. If you’re also considering other providers, make sure to have a good look at the features they offer, and also compare them to the kind of requirements you have. Take advantage of Bullet VPN’s 30-day money-back guarantee. For more features about BulletVPN, read the following article.

Why use a VPN for VOIP service?

While in some countries VoIP service is part of the everyday lives of people, in other countries such services are not allowed. Typically, countries with an oppressive regime are usually the ones that ban the use of such technology.

Some of the countries where VoIP services are banned are China, UAE, KSA, Oman, North Korea, Kuwait, Libya, and Mexico.

If you want to use video or voice calling apps in these regions, you have to gain access via a virtual private network. VPNs have the ability to unblock all kinds of apps and services, whether they are region-locked or under government control.

These days people prefer using a VPN service along with a VPN service because the two combined offer significantly greater advantages.

Virtual private networks not only unblock VoIP services but also provide an extra layer of security. ‘Voice over Internet Protocol’ services are encrypted and the calls are usually protected from unauthorized access. Still, security threats always exist. Instances of VoIP calls getting hacked are not unheard of.

Therefore, a VPN make sure communications easier while providing easy accessibility in any region.

In countries like China, both VPN and VoIP services are not permitted. Although this definitely makes it hard to access the services that you want, it’s not impossible to find a VPN that will let you unblock voice and video calling services.

Reputed VPN providers like ExpressVPN still have the ability to unblock restricted services in countries like the UAE, China, and Russia. Before you choose a VPN service for unblocking VoIP apps, make shorter find out if they operate in all regions.

Why Use a VPN with VoIP Services? Which Ones Are Best? 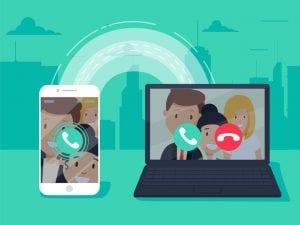