What is the Best VPN for PUBG? If there’s one multiplayer game that’s taken the gaming world by storm over the past few months, it has to be PlayerUnknown’s Battlegrounds, better known as PUBG. 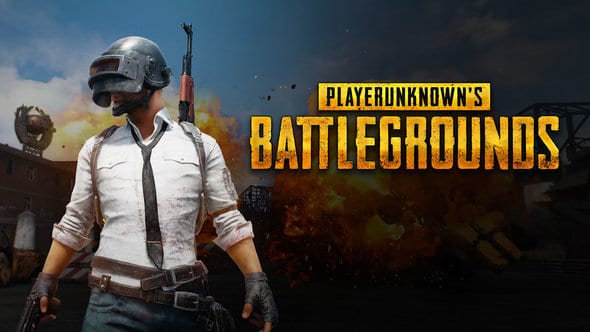 Tired of PUBG’s constant lagging? Can’t get a Headshot properly? Then use a VPN. If you don’t know your way around, here are the top VPNs for PUBG.

If you’ve not had a chance to play the game lately, you’re probably wondering what all the fuss is about. Well, to try and ease your frustration, I’ll try and give a simple depiction.

Generally speaking, the players go against each other on an island, and the area of play gradually decreases as you get on with the game through killing off your competitors.

If you’re lucky enough you’ll get to finish off everyone and get declared the winner of the game. PUBG is currently available on PC, Mac, Android, iOS, and Xbox One. Many gamers even prefer to play PUBG Mobile on their Windows PC or Mac.

This thrilling multiplayer video game is the brainchild of Brendan Green. He came up with the perfect version of the game after doing a series of mods, inspired by the Japanese movie Battle Royale.

He sought out to create a game that involved not only the element of speed required to react really fast to changing situations but also that of surprise and improvisation based on one’s surroundings.

Having contacted Green and organized for an early release of the game sometime in 2013, Bluehole was successfully able to get its hands on one of the most successful games we’ve seen in a while.

They even managed to lock in Green by appointing him as a creative director in the company. The game has gone on to break records on Steam, having reached 1.3 million concurrent players at a time. Shortly after it was launched on Xbox One, the previous record got pushed even higher to about 3.1 million concurrent players, with a “Best Multiplayer Game in 2017” award already in the pocket.

How to Get PUBG Lite outside the Philippines?

The PUBG Lite version on Android devices is only available in a few selected countries. One of them happens to be the Philippines. In order to unblock, download, and install PUBG Lite anywhere in the world, you have to switch your Google Play Store region first. Here’s how it’s done.

Now obviously, there are plenty of websites out there that offer third-party PUBG Lite apk files you can download. But beware! Such files can potentially contain malware. Installing them on your smartphone can cause huge damage. Only download verified apps and games from Google Play Store.

Regardless of whether you want to remove your PUBG IP Ban or simply switch your Playerunknown’s Battleground server, a VPN is a must. Below you can find the best VPN services for PUBG in 2018:

The Best VPN for PUBG: Why You Should Get One

Now, in as much as every avid gamer would want to get a chance to beat off other players from around the world, the sad reality is that a good majority of them cannot simply because of geo-restrictions imposed either by the gaming company, or by the government in whatever country they’re trying to connect from.

In most cases, the blocks imposed are not as technical as most would assume, and they’d only require a credible VPN service to get around.

A VPN service basically creates a secure tunnel through which your traffic is able to pass through undetected, without leaving any trails as to which sites you happen to be visiting, and making it very hard for anyone to use your connection to hack to your device or track you down.

With anonymity being one of the advantages you can get from a VPN service, this means you’d be able to work around any of the geo-blocks that might have been put in place to frustrate your access to the game.

The Best VPNs for PUBG

With a firm understanding of how VPN works in place, the next difficult task then becomes finding out which provider among the many in the market is best suited to provide you with stellar service and allow you to make the best out of your gaming experience.

To try and help you out, we’ve gone through a number of well-established VPN services to figure out which ones are the best, and we’ve got the results for you below.

ExpressVPN has a longstanding reputation of being one of the most reliable services in the market, and this is evident from the large group of followers that continually renew their packages with them despite their rates being among the highest in the industry. Their customer service excellence compares next to none, and their 3000+ servers allow users to choose from a network that grants access to most regions around the world.

ExpressVPN prides itself on having one of the fastest servers around, and its app is capable of choosing the best settings for you to work with based on your use. This is incredibly convenient especially if you’re a user who doesn’t have as much experience with VPN.

ExpressVPN also offers a feature known as split tunneling, where you’re able to choose which kind of traffic benefits from being encrypted. If all these features sound interesting enough for you to try out, then you can go ahead and take them up on their 30-day money-back guarantee, and see where things go from there.

IPVanish is among the few providers who have done a lot to ensure users get to benefit from a rich and simple customer experience, bundled with access to a network of over 1000 servers based in 60+ countries. Their service offers the best in military-grade encryption, and support for OpenVPN, PPTP, and L2TP as some of the most popular VPN protocols.

With the capacity to add up to ten devices under a single account, IPVanish does a lot to help out users in saving on their online security expenses, without a compromise in the value offered.

IPVanish also does a lot to ensure that their customers’ Internet activities are kept confidential. It does that by upholding a strict zero-logs policy. Anyone thinking of signing onto this service might find it a good idea to first test things out through their 7-day money-back guarantee trial period.

Another provider that also allows users to add up to six devices under a single account is NordVPN. These guys have a number of tricks up their sleeves in the form of features and tools that you won’t really find with a lot of other providers. One of them happens to be their double encryption feature, better known as Double VPN.

As you could guess from its name, this feature effectively doubles the level of security you get to experience with your traffic going through one server, by channeling it through two. Think of it as a tunnel within a tunnel. Another major plus worth mentioning is the presence of specialized servers, through which performance is optimized based on use.

For gamers looking to play PUBG, this means having a smoother experience and preventing any form of PUBG lag throughout your play. Go ahead and sample the service through their 30-day refund period; it’s completely free.

Surfshark offers a pretty solid service considering it’s still new on the market. It has a standard-looking Windows app, with a primary dashboard that features a connected/not connected indicator, as well as a list of your most recent country connections.

Aside from its app, which is compatible with almost every operating system out there, SurfShark allows users to connect unlimited devices per account. That’s a feature none of the top VPNs in the industry offers.

The provider has a feature called CleanWeb, a technology that blocks ads, trackers, malware, and even phishing attempts. So, whenever you’re online using whichever network, you’re always safe.

When it comes to servers, SurfShark has more than 1000 servers across 65 countries. That’s pretty decent, it’s rivaling the giants, to be honest.

Just like NordVPN, SurfShark has a Double Hop feature, where your whole traffic gets rerouted not once, but twice. That’s very helpful as you’ll be gaining double the security in the process.

They have it in the name, “Bullet”. BulletVPN, a VPN based in Estonia, is certainly one of the fastest services out there. Despite being new and all, this VPN provider has marked its territory among the best in the industry.

BulletVPN offers five different VPN protocols: OpenVPN, L2TP/IPSec, IPSec, IKEv2, PPTP. In case you’re looking for what offers the most security, you should go for OpenVPN.

No matter what level you’re at when it comes to technical comprehension, their application is very user-friendly. You can install it on your Windows, Mac, iOS, Android, as well as FireStick.

On the other hand, the provider offers unlimited bandwidth, allowing you to make large downloads, including anonymous torrenting. As for the servers, the network is kind of small, yet effective. BulletVPN has 154 servers in 55 countries. It’s not much compared to the others, but they’re strategically placed for several purposes.

Finally, BulletVPN offers a 30-day money-back guarantee for new subscribers. That means you can test out their full service risk-free.

Geographic restrictions are known to make it difficult for a lot of individuals to access sites, channels and online games whenever they’re in a blocked region. A simple solution to this problem is the use of a VPN service that’s facilitated by a worthwhile provider.

You shouldn’t stay outside your favorite site or channel just because you’ve traveled to a foreign region. Sign up with a VPN and access whatever you’d want regardless of wherever you may be. What did you end up with? Tell me all about your new PUBG experience in the comments below. 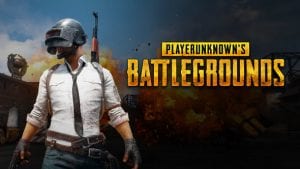 Description: There are few VPNs as good as ExpressVPN when it comes to online gaming. If you're looking for a PUBG VPN, this is the one.