It can be quite difficult to choose the right VPN nowadays due to the fact many premium VPN service providers are offering similar specs. This is mainly why we’ve made the effort of putting together this comparative review between ExpressVPN and BulletVPN.  The aim of this comparison is to make it easier for you to figure out which of the two is right for you. 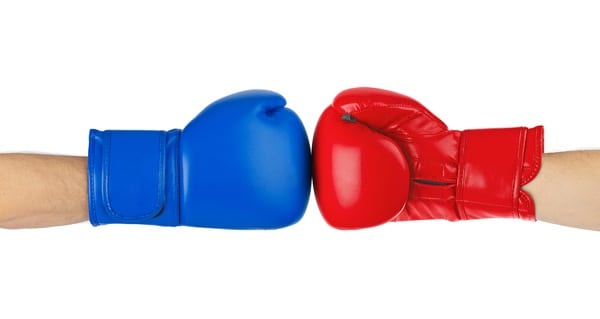 Quick Overview of ExpressVPN and BulletVPN

ExpressVPN is based in the British Virgin Islands whereas BulletVPN has its headquarters located in Estonia. Neither country has implemented any data retention laws not are they part of the 5-eyes alliance.

Both these VPN servicer providers follow a strict no-logs policy that is clearly outlined in their privacy policies. In other words, they do not keep track of which websites you visit or apps you use while you’re connected to their VPN servers.

ExpressVPN has been around for a bit longer than BulletVPN. However, the drastic improvements BulletVPN has implemented to its website, VPN locations, as well as various applications, has made it stand shoulder to shoulder with other popular VPN services.

While the BulletVPN and ExpressVPN websites are easy to navigate, the one feature we reckon is missing from both sites is a Warrant Canary. It basically is a method that enables VPNs and other online services to inform their users that they have been served with a subpoena without breaking court orders.

Check out our extensive BulletVPN review and ExpressVPN review for an in-depth analysis of what each of these two VPNs brings to the table.

BulletVPN charges $10.98 every month, $89.98 on annual basis, or $54.98 every six months. You are free to pay via PayPal, credit cards, Bitcoin or wire transfer, prepaid cards, and e-Wallets.

While their free trial is short (1 day), the money-back guarantee allows you to get a one-month subscription so you can try out the whole package. Regardless of which plan you end up subscribing to, you get military-grade encryption, unlimited server switches and unlimited bandwidth along with a Smart DNS option.

With ExpressVPN, it’s the “you get what you paid for”. This provider charges a premium price for its premium services. ExpressVPN bills subscribers $12.95/month, and $99.95/ a year, which is far from what’s considered a budget. Similarly, ExpressVPN offers a 30-day money-back guarantee as well as a Smart DNS option.

Both services are based in countries where no retention laws apply. ExpressVPN’s headquarters are located in the British Virgin Islands, while BulletVPN’s are in Estonia. That makes them far away from the reach of the Five Eyes association. Each one has a certain privacy policy, but the end result is the same, they never collect your data.

“ExpressVPN does NOT and Will NEVER log IP addresses, browsing history, traffic destination, and DNS queries.”

While many VPNs claim not to log users’ activities, most of them have very questionable logging policies. But, that’s not the case with ExpressVPN as their policy is crystal clear. This provider abides by a rather strict “No Logging” policy, which means that they do not track or store your personal data while you’re making use of their services.

In other words, BulletVPN does not collect your data nor does it store anything of your browsing activities.

BulletVPN makes use of a wide variety of protocols (including OpenVPN, L2TP/IPSec, IKEv2, and PPTP), 256-bit encryption, and 4096-bit RSA keys.

BulletVPN is a high-quality VPN that has a kill switch, and a top privacy technology called Bullet Shield, which doesn’t allow users to connect to the internet if they’re not connected to a BulletVPN server in the first place. You have the freedom of turning both these features on or off from within the BulletVPN app settings but we do suggest keeping them turn on as they will keep your data secured just in case the VPN connection drops unexpectedly.

ExpressVPN also offers a very handy kill switch that automatically disconnects whatever software you were using from the Internet in case your VPN connection suddenly drops. ExpressVPN makes use of a strong 256-bit AES encryption as well.

As a matter of fact, when the CIA or FBI decides to protect the transmission of sensitive data, they use AES-256 encryption. While most users will not need more than “OpenVPN”, ExpressVPN offers SSTP, L2Tp/IPsec, and PPTP protocol support.

Both services have dedicated apps to almost every major operating system out there. That includes the likes of Windows, Mac, iOS, Android, and more. However, with their Smart DNS feature, you can unblock regional restrictions on a wide range of devices even if they’re not natively compatible with VPN clients. Let’s take a look at what devices each one of these top VPN competitors supports.

A dedicated support crew is quite essential for any online service and that includes VPN providers as well. You might run into issues while trying to set up a VPN app on one of your devices, or simply wish to get more information about when your VPN subscription is due. Whatever the case might be, you want somebody to answer any queries you might have.

BulletVPN offers the following customer support options: live chat, an FAQ database, setup guides, troubleshooting, and support tickets. If you want to ask BulletVPN’s support team a question, you can use the multi-language ticket system. The times in which responses will arrive vary depending on the question’s complexity. You can find a green Live Chat button in the bottom right corner of the BulletVPN website. You can also send a ticket directly through the BulletVPN app. In brief, BulletVPN offers 24/7 Premium Support over Email or live chat.

ExpressVPN boasts a 24/7 365 live chat feature, too. The company offers other traditional methods of customer support including contact forms, a FAQ section, and support emails. Now, if you do run into any complications when you opt for one of these old-fashioned methods, ExpressVPN will redirect you to their live support team.

Neither VPN service offers phone support. While some users might prefer to communicate their problem through a phone call, it might not provide the best means of support for technical issues. That is why most VPNs probably have not made use of this particular way of supporting their userbase.

ExpressVPN is one of the very few VPN providers that actually delivers on speed and reliability. When tested, both download and upload speeds were top-notch and consistent. This provider also boasts a larger server network (160 locations in 94 countries) with fast servers at consistent speeds.

BulletVPN presents itself as the VPN with “blazing fast speeds”. According to tests, BulletVPN showed consistent speeds, especially when we used their high-speed labeled servers.

Their server network keeps on expanding. Ever since we first reviewed them, they added around 21 more countries. It’s still less than what ExpressVPN is offering, but they’re definitely getting there. By the time of writing, BulletVPN has 111 server locations in 47 countries.

ExpressVPN vs BulletVPN – The Verdict

BulletVPN would be a great option for a heavy streamer or torrenter. The transparency of the provider makes it a reliable option for privacy-conscious users. Not to mention the decent privacy and security specs it has to offer. This easy-to-use provider is promising, but with everything being said, ExpressVPN is the winner of this comparison. It’s just that ExpressVPN offers a fantastic service that includes a wide range of features sure to please everybody. ExpressVPN is fast, safe, secure, and reliable. But in the end, you get to try them out and judge for yourselves. Which VPN do you think should have won? Which VPN would you have chosen? Let us know in the comment section below. You might find the best ExpressVPN alternatives beneficial.