Is using VPN in UAE legal or not? UAE residents live in a world where they settle for certain restrictions to stay safe and keep their government happy. The people living in the UAE are under severe internet restrictions that render them unable to access certain material. You can’t watch the American version of the streaming channel Netflix or go on a dating website, or even video chat with your pals on Skype, all of that is banned in the United Arab Emirates. Such restrictions are factors driving the need, demand, and usage of VPNs. Now, what happens if the government decides to ban VPNs too? 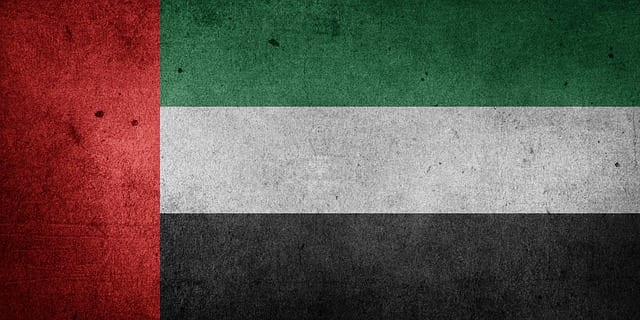 Is VPN Legal in UAE?

Unfortunately, that happened. A law restricting the use of VPNs has been issued, and things took a turn for the worse. The VPN ban falls at number 12 under the Federal Law of 2016 of Cyber Crimes Law criminalizing the use of VPNs in the United Arab Emirates. So now, not only are websites, services, and VoIP blocked in the UAE, but also the VPNs that unblock them. This ban has left the UAE citizens asking questions of  “Now what?” and “Does this mean VPNs are illegal now?”

Disclaimer: The information included in this article is intended is for informational purposes only and should not be considered legal advice on any subject matter. You should not rely or act upon this information without seeking professional counsel.

Is VPN Legal in UAE?

The corresponding provision in the Cyber Crimes Law states as follows: “Any person that circumvents the protocol address of the internet by using a delusive address or an address belonging to others or by any other means for the purpose of committing a crime or preventing its discovery shall be punished by imprisonment and a fine not less than (AED 150.000) and not exceeding (AED 500.000) or by any of these punishments.”

The law states that people are only allowed to use legal VPN services or else suffer the consequences of either imprisonment or fines depending on the severity of the crime. According to Cybercrime Law number 9, police and authorities can take legal action against those who use illegal VPNs for other inappropriate activities.

Therefore, if an Emirati citizen or an expat living in the UAE is using VPN for legitimate purposes, the use of the VPN itself would not be illegal.

In summary, you should be able to use VPN in the UAE as long as the VPN service provider is legal and you’re not committing any cyber-crimes while connected to a VPN server.

A virtual private network creates a tunnel that is made accessible after connecting to a foreign server. A VPN encrypts and secures your connection so that you don’t have to worry about what you do online. After the change in your IP, you become anonymous and undetectable by Internet Service Providers. You are also granted protection against hackers, surveillance, and online dangers.

What Are VPNs Used For in UAE?

UAE residents have not one, but many reasons that justify their VPN usage.

Here’s list of VPN service providers that are most commonly used in the United Arab Emirates. For an in-depth analysis of each of these VPNs, check out our best VPN for UAE review.

ExpressVPN is number one on our list. Their servers are present in over 90 countries so connecting to one regardless of distance should not be a problem. Unblocking Skype, Netflix, Whatsapp, or BBC in the UAE is guaranteed with ExpressVPN. Their easy to use software, strong encryption methods, and fast speeds are all encouraging factors to subscribing to their services.

NordVPN’s Their double encryption method where traffic is routed between two servers instead of one provides the user with a sense of security, which is much needed to be felt in the UAE. They also don’t keep logs of their users’ Internet activities, and they operate at fast speeds.

IPVanish offers PPTP, L2TP and OpenVPN as its chosen protocols, all backed up by a 256-bit AES encryption. If that doesn’t represent security, then what does? To make things even more secure, IPVanish doesn’t keep logs of their users’ traffic. They also provide high server speeds, which is important for those who plan on streaming news, live broadcasts or sporting events from their favorite channel or site in the UAE.

VPNs In the UAE, Legal or Illegal?

The reason why the UAE authorities are issuing all of these laws and restricting users’ Internet freedom is understandable, yet somewhat unreasonable. The government fears that if it doesn’t take necessary precautions, citizens might get exposed to nefarious content that could potentially corrupt the community. What a citizen chooses to do online is his/her business alone, and for so long a VPN has been encouraging that online independence. Citizens in the United Arab Emirates are only permitted to use legal VPNs, otherwise, they’ll have to face serious legal consequences. However, using a legal VPN is better than not using one at all.