China has always been famous for Internet censorship. In fact, China has been known for everything that goes against freedom of speech and expression. Newspapers are censored, television is censored, the Internet is censored. What’s new though, is the fact that data privacy awareness is on the rise in Mainland China. 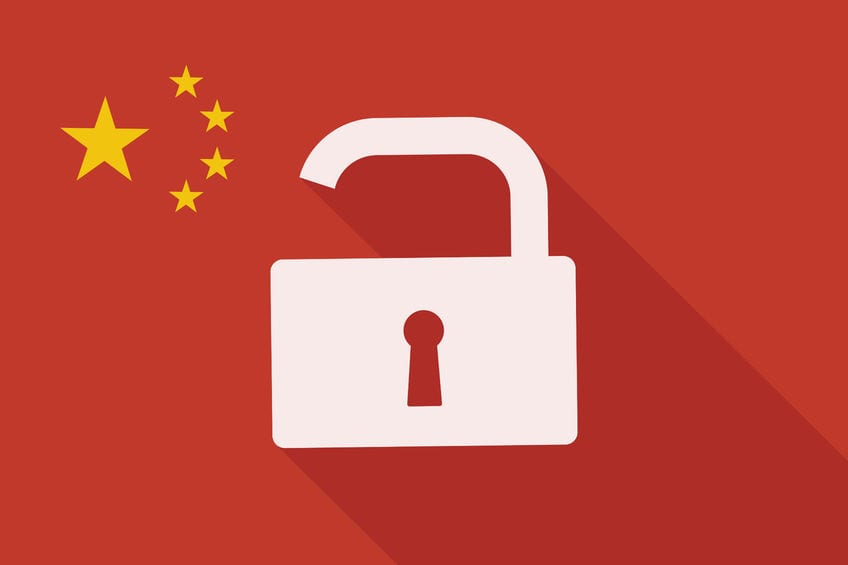 Almost everything in China is under the scrutiny of the dictatorial government. Needless to say, people in China are used to this regime and way of life.

They know the government tracks their moves on the Internet. They know they cannot use the services that others get to use. Internet privacy is nonexistent.

There has never been much debate surrounding the lack of Internet freedom in China, unlike the uproar surrounding data protection in the US and Europe.

Netizens in China seem to be resigned to the fact that they have no privacy online and there’s nothing they can do about it. More than the citizens, visitors to the nation complain about the lack of Internet freedom in China.

Someone visiting from another country gets frustrated with the absence of popular social media and messaging services, slow and unreliable emails, and the hawk eye of the government on everything they do. But are the Chinese people themselves concerned about privacy at all?

According to a professor in China, the netizens lack of concern surrounding internet privacy isn’t surprising. In the last few months though, there has been some outcry over recent privacy issues.

At the start of the year, an affiliate of Alibaba called Ant Financial, automatically enrolled users in its Sesame Credit scoring program and later apologized for it. A few months later in April, a government watchdog admitted that it could recover deleted WeChat messages. Nothing is really deleted in the virtual world.

The admittance cemented the suspicion that many already had about the government surveillance on WeChat, the most popular social networking and messaging service in the country.

However, while these incidents did give rise to concern among Chinese citizens, it wasn’t on the scale of the buzz that the Facebook data leak or the GDPR created.

This made people around the world wonder if the Chinese netizens even care about privacy. This has a lot to do with their cultural attitudes. In Chinese culture, it is quite common to ask highly personal questions to even strangers.

If you are in China and meet someone for the first time, don’t be surprised if you are asked personal questions like your salary or your marital status. In fact, Chinese people expect to be asked questions like how many kids they have or where they live at the first meeting itself.

In China, privacy doesn’t exist traditionally. Therefore, people are used to the government surveillance. The rest of the world may be talking about privacy, but most people in China don’t care because privacy isn’t the priority in their lives. The younger generation is busy chasing their dreams and the older generations don’t bother about the Internet.

Although the people of China are used to being tracked online, their expectations are slowly changing. After increased incidences of Internet fraud and personal data theft, they now want privacy.

The concern isn’t unjustified given the unauthorized access to user data by platforms like Alipay, WeChat, and Ant Financial. If the demand for privacy continues, it could pose a major challenge to the authoritarian Chinese government itself as well as various tech companies.

Surveillance in China isn’t uncommon at all. The government has closed-circuit cameras in all big cities and also monitors much of the online communications of citizens. Despite cultural attitudes, when Chinese netizens get to know about such data leak incidents, they start to think twice about their Internet privacy.

There has been a widespread uproar on social media regarding the growing control of Tencent (the company that owns WeChat) and Alibaba over Chinese citizens’ online activities. Tencent has one billion users, but it claims that that the company does not store or use the chat history of users for any purpose.

These assurances were not believed by Internet users because there have been instances of WeChat users being arrested over things they said on the app, and conversations have also been used as evidence in court proceedings.

Chinese citizens who want to remain connected have no option but to keep using services like WeChat. There’s no email, Facebook, or WhatsApp in China. There is very little innovation in China, this is why they are always trying to steal from the west. They are not creative people, well, their government stifles anyone who wants to try anything new.

China is an Authoritarian Country

Virtual private networks are mostly banned. Whether you want to order food online or make payments, WeChat is the only option you have in China. This has been taken advantage of by Tencent.

It isn’t clear if the growing displeasure and anger of Chinese netizens will bring about any change in the country.

But what is most definitely clear is that such discomfort surrounding online privacy will lead people in China to hunt for other ways to stay connected without compromising their safety. Their wish might just come true.