According to Variety magazine, Roku is planning to start its own streaming subscription store soon, something which is similar to Amazon Channels, a popular service available on Fire TV devices. Anybody using a Roku device is eligible for signing up and watching videos without having to download an app for each. Variety further went on to add that the service at some point of time in future, will earn revenue by way of paid subscriptions within a dedicated channel to make all its content accessible without having to use multiple apps. 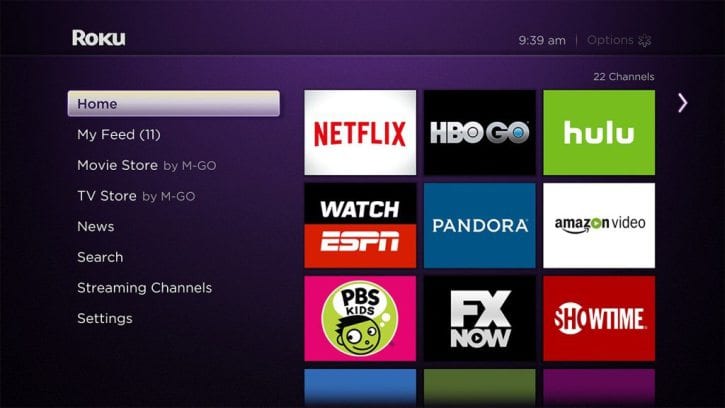 What is Roku Planning to Do

In the past, Roku featured CBS All Access and HBO Now (True Detective was amazing!) on its devices through its own dedicated apps. The buzz is that Roku just won’t go content collecting from various providers.

On the contrary, it will allow users to browse and sign up for the services from within the platform also. In many ways, it is similar to Amazon’s Channels, though the latter is available only to Prime members.

It’s however, not known whether Roku is going to confine its market to elite and premium memberships only. The company’s reportedly developing its billing platform’s next version called Roku Pay. Poku Ray will also make it easier for subscribers to make their payments.

Related: What Is The Best VPN for Roku?

The fact is that Roku is not the only company that’s following Amazon. It was recently reported by Bloomberg that Apple too, would start its video services from within its TV apps. However, Apple’s service is unlikely to be launched before 2019, whereas Roku’s is about to hit the market soon. There has been no official confirmation from Roku on the issue, however. Roku’s subscription services have so far been accessible through its channel store.

Subscribers who wanted access to any of such services needed to download the dedicated app, which was called Channel in the Roku vernacular, onto their respective streaming devices, and subsequently sign up either through the Roku website or their individual TV sets.

In the future, Roku is planning to bring a number of such paid services on the same channel together, making it easier for subscribing. Patrons will also get the added benefit of accessing all premium content, without having to download and apply specific apps.

Roku’s approach is curiously similar to that of Amazon Prime Channels, which was launched in 2015. The latter allows consumers to sign up for over 235 video subscription services. Once you sign up for a particular paid channel, its content does not get presented by way of any separate app, but right next to Amazon’s catalog of Prime Videos.

The sheer simplicity by which Channels operates has made Amazon a major force in the watch-as-you-like subscription business.

According to a study done by the Diffusion Group, it is estimated that Amazon currently sells more than 50 percent of all HBO subscriptions that are online in the US, which far surpasses resellers like Google and Apple with smaller services operators also making Channels a major component of their respective businesses.

Related: How to Get American Channels on Roku?

The basic business model and strategy of Roku has always been to grow its customer base by letting subscribers have more and more affordable devices for streaming as also mutually beneficial partnerships with manufacturers of TVs, followed by monetizing that expanding customer base through services and ads. Furthermore, Roku also has certain revenue-sharing agreements with select paid streaming services.

However, its biggest revenue spinner is advertising. In fact, during the first quarter of the current financial year, Roku’s services and ad revenues surpassed its hardware-related revenue for the first time.

An effective strategy adopted by Roku to increase its ad revenue is through the Roku channel, an ad-supported and free service. This channel is in the process of aggregating catalog titles from the leading Hollywood studios as also other assorted content providers working online. These include MGM, Lionsgate, Warner Bros, and Sony as also independent content providers such as FilmRise, Popcornflix, and American Classics.

In April 2018, Roku added ABC news, Cheddar, and other programs to its channel (how about amazing shows like The Shield, The Wire, The Good Wife, and Bosch?). This move has successfully made it one of the top ten most popular channels on all Roku devices. However, at this point of time, it’s still unclear whether the Roku channel will integrate paid subscription services directly Channel or launch through a separate channel.

Once the channel becomes operational, premium channels like HBO, Starz!, and Showtime would be accessible from within this single and dedicated channel instead of switching separate app channels.

Even though the Roku library and app store are simple enough to work with, once the providers are merged, it would be easier for customers to locate content without having to recall which studio or network it belongs to. Moreover, since Roku runs only one app or channel at a time, users wouldn’t need to exit one app to get into another in the Home screen or Channel Store.