If you’re reading this article, you’ve probably heard about a new tool that can access geo-blocked sites….in China! Known as Shadowsocks, this ‘tech’ has been available for quite some time now but only recently managed to make it to the mainstream. Read on to find out what Shadowsocks is, how it works, if you should use it, and why it’s so popular in Mainland China. 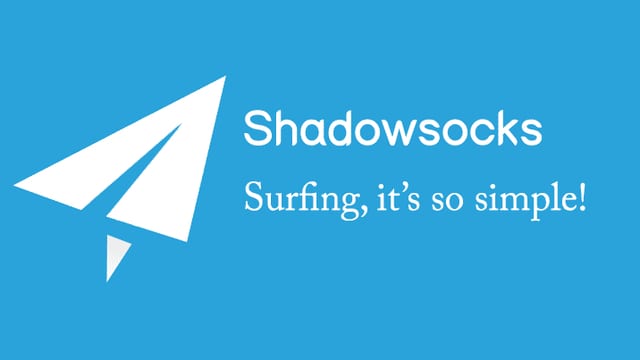 Shadowsocks is an open-sourced proxy-based technology that emerged in 2012 after Xi Jinping took office in China. Its basic function is to avoid censorships and restrictions online. For most of its existence, it was primarily used by Chinese developers to bypass the Great Firewall of China without being caught.

So far so good? Great. It’s going to a get a little more complicated but bear with me for a little.

How Does Shadowsocks work?

So, Shadowsocks runs on an open-sourced internet protocol called SOCKS5.

Think of it as a super-advanced proxy. Usually, proxies connect you to another computer, called a proxy server, and then connect you to the internet. This way, you’ll be able to use the proxy server to access geo-blocked content around the world. However, the Great Firewall of China is able to detect proxies. Since Shadowsocks is something that can still jump over the firewall, it must be doing something other than a simple proxy, right?

Right. See, Shadowsocks uses HTTPS to disguise your traffic. Now, remember, not all of your traffic is going to be re-routed, only what is needed to access geo-blocked content. By using HTTPS, this tool makes sure that the traffic being re-routed can’t be differentiated from normal internet traffic. This way, the Firewall technology won’t be able to catch you out, nor will any ISP or third-party surveillance system.

In other words, Shadowsocks users in Mainland China can easily bypass the Great Firewall without anyone knowing about it.

What’s the Different between a VPN and Shadowsocks?

A lot of people seem to think that Shadowsocks is some kind of new VPN. This isn’t the case. As I mentioned above, Shadowsocks is more of an advanced proxy than new VPN.

The main difference between the two services lies in their basic functions. VPNs are made to offer security, privacy, and anonymity. That is why they both encrypt your data and re-route all of your traffic. A VPN’s ability to access geo-blocked content is a result of the re-routed traffic. It isn’t the basic function of the VPN.

Shadowsocks is different. For one, it was specifically made to bypass the Great Firewall of China. Privacy and anonymity aren’t prioritized with this tech, as its basic function is to bypass censorship. Both VPNs and Shadowsocks can access geo-blocked content, but they both go about it in different ways entirely. A VPN simply uses a server to re-route all of your traffic, Shadowsocks masks some of your traffic using HTTPS and re-routes it through a proxy.

They may sound similar, but they are not the same.

Should I Be Using Shadowsocks?

Again, Shadowsocks was made to bypass censorships. If you happen to live in a country or region with serious online censorship regulations, it very much might be the right tool for you.

For the residents of countries like China, Cuba, Saudi Arabia, Iran, Vietnam, and Tunisia, Shadowsocks might end up being many users’ saving grace for accessing geo-blocked sites.

However, if your concern is privacy-centered, this isn’t the tool for you.

Here’s how you can decide if you should be using Shadowsocks or not. Ask yourself one questions: Who is my biggest threat?

If your answer is your ISP, then yes, Shadowsocks would work for you. You’ll be able to access the content you want without your ISP figuring out what it is you’re doing. However, if your answer was your government, then maybe stick to a good Ol’ VPN instead. While the Chinese government has blocked a lot of VPN apps, there are some VPNs that still work in China.

One more time for the people in the back: Shadowsocks is a tool used in areas with severe internet restrictions to bypass geo-blocks without letting your ISP know what you’re doing. It is not a cybersecurity tool. You will not be anonymous. It does not protect your privacy online.

What is Shadowsocks – Final Thoughts

This was a very simplified explanation of what Shadowsocks is. Remember, this technology was developed by and for developers, so it is a very technical endeavor to get in to. That being said, you can find software for commercial use here and there. If you’re about to download free software, make sure that you’re doing it from a trusted source. After all, you don’t want to end up with a malware-infested system, do you?

Let us know in the comments if there are any questions you may have about this interesting censorship-bypassing tool. We will try our best to answer all of your inquiries.