This year’s editions of the Six Nations will start on the 1st of February 2020 and end on the 14th of March, 2020. England, France, Ireland, Scotland, Italy, and Wales will all compete for the Championship Trophy. A dozen streaming channels are bringing the competition right to your small screen, but they’re all restricted to their own regions. In this guide, we will show you how to unblock these channels abroad and watch Guinness Six Nations 2020 live anywhere you may be.

The competition is one of the most popular Rugby events in the world. That’s why it deserves a global TV coverage so that anyone around the world can tune in and watch the action.

However, before we proceed, you must know that the channels broadcasting the Six Nation competition are geo-restricted to their own region. It’s what we call geo-blocking, a mechanism used to restrict user access based on their physical location.

The channel can determine your whereabouts by examining your IP address. If it’s not a valid one in the country where the channel has the right to air the content, you’ll be instantly blocked.

However, that’s an issue we’ll be solving later on in this guide. As for now, here are the Six Nations 2020 official broadcasters:

To find a solution, we must first address the problem, and we did. Apparently, your IP address is the main reason you’re not able to access the channels from abroad. Well, that’s about to change in the next section of the article.

In order to unblock any of the Six Nations streaming channels listed above overseas, you need to spoof your online location. Let’s say you want to watch BBC iPlayer or ITV live outside the UK.

Your current IP address reveals your location to the geo-restricted channel you are trying to watch. If you live outside the UK, the channel will instantly determine that and will block your access. Here’s the geo-error message you’ll be getting: 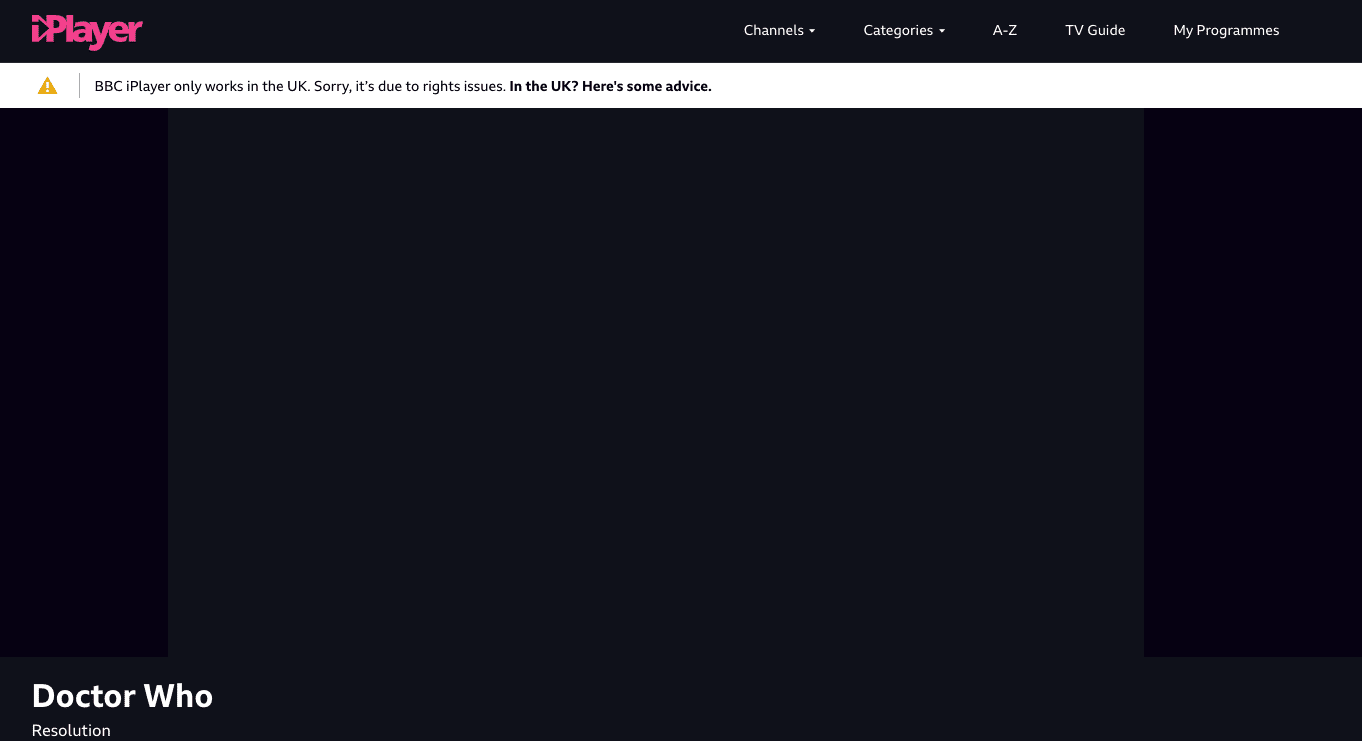 By hiding your real IP, that channel will believe you are in a region where their live stream is available. How can you do that? Well, with a Virtual Private Network this all doable with a push of a button.

A VPN reroutes your traffic through a dedicated server in a country of your choosing. Once you connect, the VPN protects your data and hides your IP address, assigning you with a temporary one valid in the region where the server is based.

For example, if it’s in the UK, you get a British IP address. As a result, you can stream the likes of BBC iPlayer, ITV, and other UK-based channels wherever you may be.

It’s really not that hard of a task to do. All you need is a comprehensive step-by-step process and you’ll be watching Six Nations 2020 anywhere in no time:

While ExpressVPN is the best in the business when it comes to unblocking sports channels from all around the world, there are other VPN services you can use to bypass regional restrictions as well. Check them out in the table below.

Smart DNS is an alternative option you can use to unblock geo-blocked channels from around the world. Although in this case, the quantity of channels you can unblock is limited. Your IP address is also not masked.

Smart DNS, however, is compatible with all streaming devices i.e. you can directly set it up on almost any platform. There’s a very big difference between Smart DNS and VPN, but the geo-blocking results are the same except:

All of the VPNs mentioned in the table above offer a Smart DNS service. However, Unlocator is the only one that allows you to purchase it on its own. If unblocking channels is all the you’re looking for, then that would be the cheaper and better option for you.

The 2020 edition of the Six Nation competition will once again see France, England, Italy Ireland, Scotland, and Wales go head to head over the course of five thrilling rugby-packed weekends of fixtures.

This epic international competition will kick off on February 1st, 2020 and wrap up on March 14th, 2020. Unlike Round 1 to 4, the fifth round will take place on the same day, March 14, dubbing it as “Super Saturday,” which begins with Wales vs. Scotland at the Principality Stadium

Now, with that said, let’s take a look at how the 2020 Guinness Six Nations’ games will pan out:

It will definitely be interesting to see how the final 6 Nations are standing this year. Which nation do you think will come out on top? In case you need any help setting up ExpressVPN or Unlocator to stream the Guinness 6 Nations live online, please let us know by leaving a comment below.