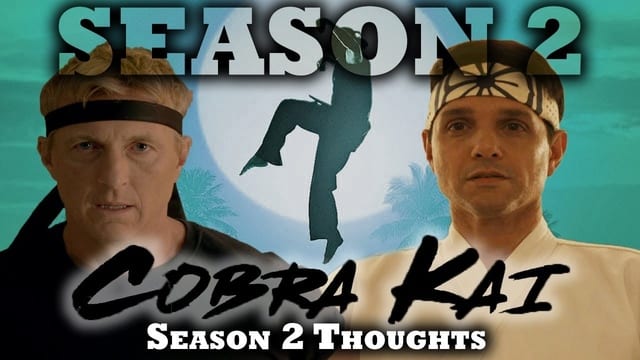 YouTube has made the first episode of the second season of Cobra Kai available for free. You can stream it for free below.

How to Watch Cobra Kai Season 2 Online Using a VPN

A VPN creates a digital tunnel through which your device accesses the Internet. The software reroutes your connection through a designated server in the country of your choosing. By doing so, you would be gaining a new IP address which will enable you to access the content based in that country.

A virtual private network masks your IP address to prevent outside parties from obtaining your physical location and identifying your internet provider. It changes your virtual location from where you really are to the server location you’re connected to. Connecting to a server in a different country will keep you safe online and grant you online freedom. Follow the steps below to unblock Youtube Premium and stream Cobra Kai outside the US:

Is any VPN faster or more reliable than ExpressVPN? We don’t think so. ExpressVPN is a highly reliable, functioning, and secure VPN service provider that effortlessly unblocks overseas content. This company does everything in its power to help preserve your online security and privacy. For other VPNs, you might want to check out the table below.

Here’s the list of all ten episodes of Cobra Kai Season 2:

Cobra Kai is an American comedy-drama web television series, based on The Karate Kid film series created by Robert Mark Kamen. An unlucky Johnny Lawrence (William Zabka) seeks redemption by reopening the infamous Cobra Kai karate dojo thirty years after the events of 1984 All Valley Karate Tournament. He reignites his rivalry with a now successful Daniel LaRusso (Ralph Macchio). LaRusso has been struggling to maintain balance in his life without the guidance of his mentor, Mr. Miyagi.

Here’s a sneak peek of what you can expect in the upcoming season:

Jon Hurwitz  (Harold & Kumar Go to White Castle), Josh Heald (Hot Tub Time Machine), and Hayden Schlossberg (The Pact) have been making the interview rounds to tease fans on what they can expect when the Karate Kid sequel series returns. Will Daniel’s new Miyagi-Do dojo have what it takes to beat Cobra Kai? Or can Johnny keep the dream alive? Don’t miss the latest season of Cobra Kai that is coming  April 24 to YouTube Premium. Which method will you make use of? Let us know in the comment section below.