How to watch the ICC World Twenty20 2016 live online for free? The Twenty20 cricket championship will kick-off on the 8th of March, 2016, in India. A host of free and paid streaming channels will broadcast the tournament online. Some of these free Twenty20 streaming channels are geoblocked outside their respective regions. Using Smart DNS proxy or VPN, you can unblock and watch free ICC World T20 channels like Star Sports or BBC iPlayer on PS3, PS4, Xbox, Smart TV, Roku, Apple TV, Amazon Fire TV, Chromecast, iPhone, iPad, Android, PC, or Mac. 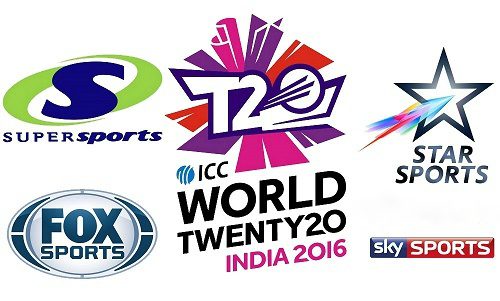 How to Watch Twenty20 Live Free Online via VPN

For the past few years, I have been using ExpressVPN to unblock Star Sports outside India. This has allowed me to watch major sports events like Twenty20, and the Bundesliga free live online. Of course, there are other VPN providers you can also use to watch Twenty20 live online.

The one issue with VPN is that as long as you are connected to an Indian VPN server for example, your streaming device will appear to be physically located in India. This might prevent you from watching certain local channels which would usually be geoblocked outside your region. Smart DNS offers a workaround. With Smart DNS, you can unblock free T20 streaming channels without changing your IP address.

Unlike VPN, not all Smart DNS proxy services support unblocking Star Sports outside India. However, Unlocator does unblock Star Sports, BBC iPlayer, SuperSports, ESPN3, among other channels. Sign up for a free Unlocator account to try out Smart DNS for free on a 7-day trial. No credit card is required to sign up. Unlocator can be configured on your device using these setup guides.

So, using VPN or Smart DNS proxy will allow you to watch all Twenty20 games free live online anywhere in the world. It promises to be a great cricket world cup in 2016.