Learn how to watch and unblock Sling TV outside US in this help guide. Sling TV is DISH’s live TV and VOD service. Sling TV offers its US subscribers CNN, TNT, TBS, ESPN, Adult Swim, CN, HGTV, and Disney.  Sling TV is geoblocked abroad. To unblock Sling TV overseas in UK, Germany, Australia, France, Spain, or Canada, you need to use Smart DNS or VPN. Find info about both solutions below. 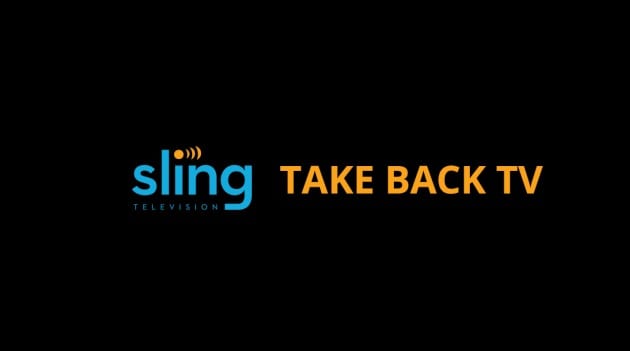 How to Watch Sling TV outside USA – Unblock Abroad

Important Note: This tutorial is intended for newbies who have little or no knowledge of Smart DNS or VPN. In case you have used either method to unblock geo-blocked content like Netflix or Hulu before, you don’t need to read the whole article. Go over to Unlocator for a reliable Smart DNS Proxy service. If you’re more familiar with VPN, visit ExpressVPN. Choose an American VPN server after you sign up. Watch Sling TV outside the USA.

The Dish Network-owned channel is very popular in the United States. It had more than 2.5 million subscribers in the country back in 2019. The channel’s popularity and demand are increasing on a daily basis. However, only those who reside in the US can stream Sling TV’s content.

Even with a valid account, the channel won’t operate overseas, leaving ex-pats and streamers outside the US with nothing but these error messages:

Sling TV restricts users’ access to the United States only. In other words, anyone who wishes to stream its content should hold a US IP address, otherwise, they’ll get blocked.

But that can be easily managed with the right tool, which we included in the next part as we show you how to unblock Sling TV anywhere in the world.

Sling TV detects your location and blocks you from streaming its services outside US. In order to bypass these geographic restrictions, you need to hide your true location. This is basically what Smart DNS does. After you sign up with a Smart DNS proxy service like Unlocator, you have to change DNS server settings on your streaming device. The values you need to input will be provided by the Smart DNS proxy service you choose.

How to unblock Sling TV outside the USA – The VPN Method

VPN is an alternate solution to unblock all sorts of restricted streaming websites. VPN directs all your traffic through a VPN server located in a country of your choice, the US in this instance. By doing this, your streaming device will obtain an American IP address. Thus, Sling TV will treat it as it is located in USA.

A good VPN provider such as ExpressVPN offers good Internet speeds and VPN servers around the world.

Sling TV has joined the likes of Netflix and Amazon Instant Video in the VOD market. Using Smart DNS or VPN allows US expatriates to stream Sling TV abroad. Use the comment box below for any questions about how to unblock and watch Sling TV outsidethe US using Smart DNS or VPN.