With the benefits of using a VPN becoming more and more widespread, many users are turning to the service to protect themselves from the many vulnerabilities that exist online. The service is great for keeping safe against online attacks, cyber threats, identity theft and protecting all the information they’d need to keep confidential whenever online. When searching for a VPN service provider, most of us look at prices, VPN servers, apps, customer support, and refund policies first. What many VPN users aren’t aware of is that the location of the VPN’s headquarters is of utmost importance as well. 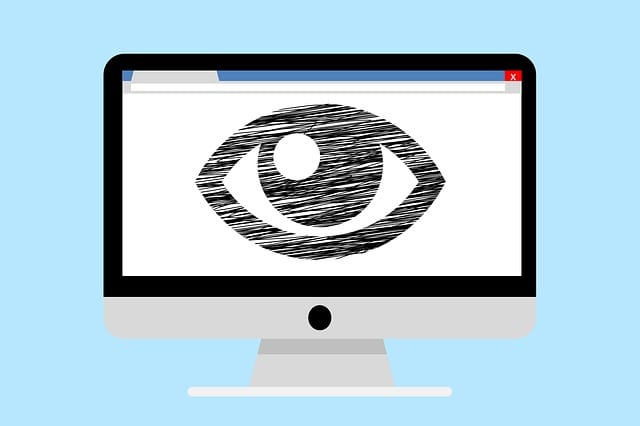 For the sake of any VPN user who just recently got to hear about the service but doesn’t still understand how it works, let me break a few things down for you. To start with, VPN is an abbreviation of a Virtual Private Network; a group of servers that encrypt your traffic once you connect to them. This encryption is done to ensure that no one else is able to lock in on your activities online, and this includes your ISP.

Aside from ensuring your security online, a VPN service also protects your identity by hiding details such as wherever you happen to be browsing from, as well as your identification information. This happens whenever you connect to a server that’s based abroad, and your IP address changes from the original one to the one that’s meant to showcase the location of your server instead of yours.

The Need for Non-US Based VPN

A good majority of providers happen to be based in regions such as the US and UK. In as much as they may be good quality providers, their location isn’t one of the best to base a security-centered provider. This is because their governments have a number of laws that seem to put the privacy that a VPN user may be looking for in question. They employ policies that force most VPN providers to submit data records detailing their use of the service, meaning if you’re subscribed to a provider that’s based in the US or UK, there’s a real chance that your browsing details could get shared out to agencies that work together with the NSA.

For users who don’t have that much to hide, US or UK based providers are an option that could be explored, but for anyone else who’s always up to some serious, sensitive business online, then it’d be better to consider subscribing to an offshore VPN. An offshore VPN is basically a service provider that’s based in countries that are not part of any data regulation alliance. Such alliances include the “Five Eyes”, where member states form a pact to share all information that may lead to the arrest of a wanted criminal, or the subversion of a threat.

Most typical online users want to be easily able to stream torrents or download copyrighted material, and that’s really as far as it gets. Departments like the National Security Agency aren’t really interested in such users. So if you’d like to avoid having your browsing details handed over to them, an offshore VPN is your best bet.

Now that you’re up to speed on the two things that a VPN service can help you accomplish, let’s have a look at the various types of VPN services that don’t have their headquarters based in “Five Eyes” country such as the USA or UK:

ExpressVPN is one of the most popular and widely used VPN service providers in the world, and its convenient location in the British Virgin Islands has contributed significantly to its success. The service is guaranteed not to keep any logs of you, and this is assured through their zero logging policy. The provider is also sure to fully secure your browsing experience through their 256-bit AES encryption technology, as well as their reliance on OpenVPN as the preferred and most secure VPN protocol to use. The service boasts of around 1500 servers well scattered across the world, and a referral reward scheme where both the current and new subscriber both get a free month of subscription once the new user signs up. The service also offers Stealth Servers that can be accessed by users who are based in regions such as China where the use of VPN services is heavily restricted. ExpressVPN is also well known for its highly responsive customer care team, that’s always available for contact 24/7 through live messaging, email or even phone. The service might seem a bit expensive to sign up with compared to other providers, so the 30 day money back guarantee is a great opportunity to see whether the service is worth what they’re asking for.

BulletVPN hasn’t really been in the industry for as long as the other VPN services, but this doesn’t mean their service is sub-par. Based in Estonia, the service is well away from the jurisdiction of any data retention laws, meaning their zero logs policy is well adhered to. The provider is also one of the few that offer both VPN and Smart DNS services. The Smart DNS proxy feature comes in handy if you wish to bypass regional restrictions on devices that do not natively support VPN such as PS4, Xbox One, and the Apple TV. BulletVPN is also one of the few VPN providers that offer users a VPN app for the Amazon Fire TV. Obviously, BulletVPN also has apps for PC, Mac, Android, and iOS devices. In case you run into a problem using their service, BulletVPN’s customer care service will always be at hand to help you out through either live support or email. In terms of security, BulletVPN is sure to have your connection protected and secured with the standard 256-bit AES encryption model for all their subscribers. Like most other providers, BulletVPN also has a 30-day money back guarantee that you could take advantage of and see whether or not it’s the service for you.

This Panama based service is headquartered far away from any region where data retention policies are applied. This means that with such a provider you shouldn’t have any concerns about your browsing histories being recorded, let alone getting shared out. This, coupled with security features such as Double VPN where traffic gets routed through two servers instead of one, and CyberSec where disruptive ads and malware get blocked as you surf, ensures that NordVPN subscribers have their security well taken care of. The provider’s large network of more than 4000 servers also ensures that all users are capable of finding a server in their region of choice that they can connect to, and NordVPN’s capacity to support up to 5 simultaneous VPN connections helps save up any costs associated with online security. NordVPN also supports Onion over VPN, where users can integrate the Tor VPN service to ensure they get a truly anonymous browsing experience. The service also offers an automatic kill switch and prevents against DNS leaks. With the 3 day free trial thats offered, it won’t take that long to decide whether or not it’s the right service for you. Go ahead and try it out.

CyberGhost VPN is another reliable service that’s based in Romania. The country enjoys a substantial amount of online freedom, so users shouldn’t have to worry about their data being recorded, or their browsing being limited in any way. The service is particularly known for the security measures applied especially for users that constantly connect to public Wi-Fi networks. CyberGhost VPN supports file sharing through peer to peer file transfers, so you shouldn’t have any problems torrenting or downloading large volume files. Their customer care team is also always available to help you out whenever you run into any issues since they can be contacted through their live chat feature. The service offers an easy to use VPN app, that is compatible across a wide variety of platforms including iOS, Android, Mac OS, and Linux. The service blends well with Kodi, so users shouldn’t have any problems pairing it with the media software. To see whether or not CyberGhost performs up to your standard, you might want to take up their 30-day money back guarantee, and test out the service for yourself.

There’s a large variety of free VPNs available, and most of them can be found by conducting a simple search online. These services can be very tempting to sign up with, and we are aware that most users would prefer to have something they can get for free compared to having to pay for it. We’d like to offer a word of caution to any Internet user thinking of signing up with a free provider. These free services are known to share out user data to third parties. This is probably how a majority of them are able to sustain their free service. The quality of their service is also sure to frustrate you since with most providers, speeds are really too low to do anything substantial with. The only providers you can trust are those that offer a stipulated duration of using their service for free. This is normally so that you can see how well their service compares to others before you sign up.

Conclusion on the Best Offshore VPNs

Using an offshore VPN guarantees that you don’t get wrapped up in the many concerns that governments all around the world are known to raise about online security and that your data and personal information stays away from the hands of any government agency. 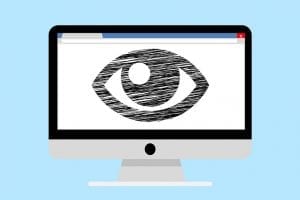 Description: ExpressVPN is conveniently location in the British Virgin Islands and has a strict no-logs policy.