Tweeting has become a global phenomenon in the few years that Twitter has been active. You can find anything from daily lunch updates to an open exchange of ideological views on the social media giant. This is why Twitter faces regional blocks in some countries. You can use Twitter to disseminate ideas and information on a global scale, which may seem dangerous to restrictive governments. If you find yourself in a place that restricts access to the platform, here’s a list of the best VPNs to unblock Twitter. 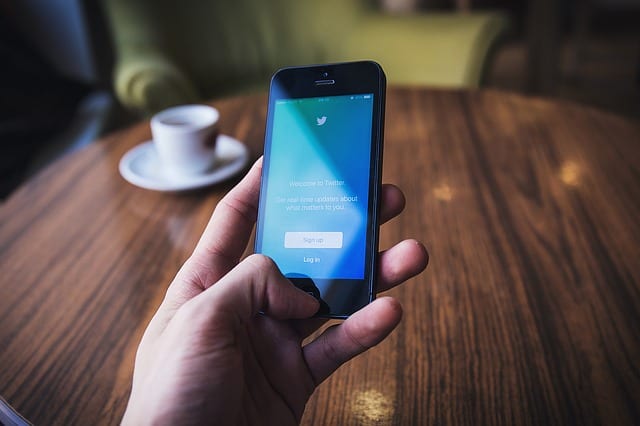 Short for virtual private network, a VPN hides your location by encrypting all of your internet traffic. A VPN will tunnel your traffic using one of its servers, making sure that no third party can access your information. This extends to network administrators, ISP providers, and even government surveillance agencies. In other words, when you connect to a VPN’s server, you’re actively hiding what you do online from any spying eye. This is why a VPN is your best solution to unblock Twitter in countries that enforce a social media ban.

What to Look For in a VPN

When you’re considering which VPN to use to unblock Twitter, it’s important to take a few things into consideration:

The VPN you use to unblock Twitter needs to check all of the above-mentioned marks. In order to stay safe while unblocking the social media giant, you need to make sure that your security, privacy, speed, stability, and server stats are on point. As for the VPN apps, most Twitter users access the platform on their mobile devices. A VPN that doesn’t support your particular device is a VPN that you won’t be able to use.

For those of you who are already familiar with VPNs and VPN service providers, there’s no need to read the full article. Here’s the list of VPN providers this article suggests, ranked in order:

Based on the criteria I mentioned above, we at VPN Guru have compiled a list of the best VPNs you can use to unblock Twitter. The providers mentioned in this list have been tried, tested, and vetted to make sure that their use will keep you safe and secure while accessing the internet. Each of these VPNs has its own in-depth review, which I will link to at the end of each VPN’s specs. I encourage you to look through the reviews to get a fuller picture of which each provider has to offer and find the VPN that works best for you.

ExpressVPN is widely known as the best VPN service provider on the market. Although the subscription price may be a little high, ExpressVPN more than makes up for it with its features and functionalities, which include:

As you can see, ExpressVPN hits the mark on all our criteria, making it the top choice for unblocking Twitter.

A new contender to the market, but a force to be reckoned with on its own merit. BulletVPN is based out of Estonia, which means that it doesn’t fall under any laws that force the provider to release information to third parties. Not to worry, though, BulletVPN has a strict zero-log policy, meaning any changes in Estonian laws won’t affect the provider or your data. Other features of BulletVPN include:

If the above features sound compelling, rest assured that BulletVPN works perfectly for unblocking Twitter.

One of the more popular VPNs on the list, NordVPN has a reputation that most of you might have heard of. NordVPN has a larger server base than the other providers on our list, reaching more than 3700 servers across the world. Some of NordVPN’s other features are:

As you can see, NordVPN is another VPN that takes user privacy and security very seriously. In other words, it’s a great VPN to unblock Twitter.

While not as prolific as the other VPNs on this list, IPVanish holds its grounds with the extra features it offers. Other than allowing up to 10 simultaneous VPN connections, IPVanish is also optimized to work with Kodi and has more competitive pricing than some of the other choices. IPVanish also has:

If you’re looking for a VPN that can cover you and all of your family, look no further than IPVanish. With IPVanish, you can all unblock Twitter with ease.

VyprVPN is a provider known for a unique feature: Chameleon VPN protocol. This protocol is regarded as being the only protocol to break through China’s Great Firewall with no problems. It also prevents DPI, VPN blocking, and internet throttling. Its other features include:

For users who want to unblock Twitter in locations with sever firewalls or restrictions, VyprVPN may be able to help you out.

HMA, also known as Hidemyass, is a UK based VPN service provider, which is why it ranked last in our list. Given the rules of operating a business in the UK, Hidemyass does, in fact, keep logs on the use of the VPN, but the logs are limited to login & logout times. The features that are included in HMA VPN are:

Hidemyass is one of the most subscribed to VPNs in the world, boasting over 20 million subscribers. Its security makes HMA a solid VPN choice for unblocking Twitter.

Now that you have a list of the VPNs you can use to unblock Twitter, its time to explain how to go about doing that. The process to sign-up to and install a VPN app is relatively simple, as is using the VPN to access the internet safely. Here’s a step-by-step guide:

It’s important to keep in mind that the use of a VPN is not illegal in most parts of the world, although some countries have banned specific providers from being used. When using a VPN, remember that whatever you do online still falls within the realm of legality and that nefarious actions may have some serious consequences. With that being said, blocking Twitter and other social media platforms is a violation of freedom of speech, and as long as you’re safe and secure a VPN can help you bypass that restriction.