After a terrific Champions League victory in June, Liverpool is back in action as the 2019 FIFA Club World Cup kicks off on December 11th, 2019, and wraps up on December 21st, 2019. Team red will go up against six other teams in an exciting tournament taking place in Qatar. But the question is, how can you tune in to watch all the teams’ progress? Find your answer here. 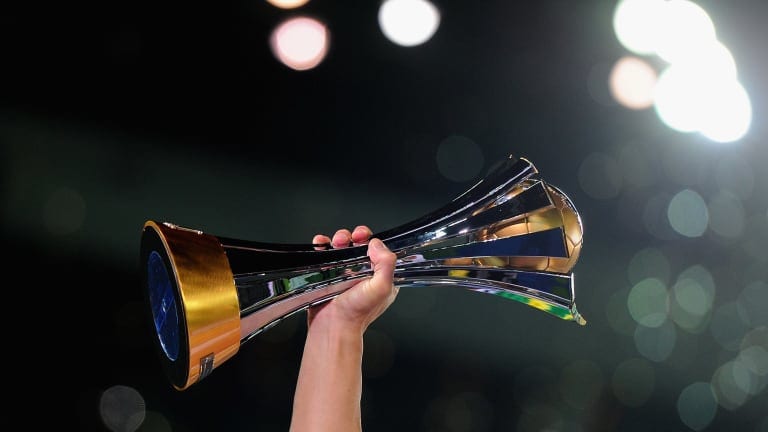 FIFA has no shortage of official broadcasters when it comes to their huge events. Almost every country has a dedicated channel offering live coverage of the FIFA Club World Cup 2019. However, there’s one problem you will face, geo-restrictions.

You see, the channels on our list apply geo-blocking, which dictates what you can access based on your geographical location. Every channel restricts its content to its respective country. So, in other words, if you live abroad, you won’t be able to gain access.

For example, if you’re living outside of Australia, SBS will terminate your access once you attempt to visit its website. The same goes for every channel listed below.

Don’t worry; we’ll be talking about the solutions to the problem later on in the article. For now, here are the 2019 FIFA Club World Cup official streaming channels:

If you noticed, I added * to some of the channels above. That’s because it’s yet to be confirmed whether or not this channel will take on the official broadcasting. BT Sport is rumored to air the Club World Cup, but still, nothing is official. Once any statement is issued, I’ll be the first to update you. So, make sure to give the page a visit every once in a while.

With that said, let’s get back to our main focus for the day. How can you watch the FIFA Club World Cup 2019 live anywhere? Find out in the next part.

The best way to access restricted channels is to use a Virtual Private Network. It’s an online tool that can help you alter your current whereabouts and appear to be browsing the web from a different location.

A VPN reroutes your traffic through an encrypted tunnel to a server in a country of your choosing. Once you establish a connection, the VPN will shield your data against hacking and monitoring attempts. In other words, you’ll be browsing the web safely and anonymously.

But that’s not all. With a geo-location change, you can circumvent any restrictions imposed by the streaming channels mentioned above. As you connect, you’ll receive an IP address in the region where the server is based. As a result, you’ll have full access to whatever website or service exclusive to that country.

Let’s take SBS as an example, which is only available in Australia. If you connect to a server in the country, you’ll obtain an Australian IP address. Consequently, SBS and other Australian-based online channels will be at your disposal no matter where you physically reside.

Alright, we’ve acknowledged what a VPN can do and how does it help you with your problem. Now, let me guide you through the unblocking process:

In case you’re wondering why I recommended ExpressVPN, let’s state the facts on how we evaluate VPNs. The service boasts a total of 3000 servers in 94 countries, which is a huge deal when it comes to accessing restricted content.

Security-wise, ExpressVPN has the latest security protocols along with strong military-grade encryption. You also get to test their service risk-free courtesy of their 30-day money-back guarantee. If you think it’s not a good match for your needs, check the table below and pick an alternative.

VPNs are first and foremost security tools. So, whether you’re looking for security or not, you’re getting it. You just don’t have a choice. The VPN encryption will be present, and your internet speed will drop a bit (depending on the quality of the provider).

That’s why I want to show you an alternative in case streaming is all you’re looking for. Dubbed as Smart DNS Proxy, it’s a technology that alters your location without having to encrypt your data. It just changes the URLs that are responsible for showcasing your physical whereabouts, giving your unrestricted streaming at full speed.

Furthermore, a VPN has clients for Android, iOS, PC, Mac, and Fire Stick. Well, Smart DNS comes in handy in this territory as it expands this compatibility. You’ll be able to configure Smart DNS on the mentioned devices along with PlayStation, Xbox, Chromecast, Apple TV, Smart TV, and Android TV.

This was an introduction to Smart DNS. Now let’s learn how you can use it.

Unlocator has a long history of unblocking content. It has been around since 2013 and managed to unblock more than 240 channels so far. Luckily, they have a 7-day free trial in case you want to try out their service. They don’t ask for credit card info, just enter your email, create an account and the full service is yours.

The word FIFA alone gives goosebumps to fans around the world. And now, we’re going to witness Liverpool come all the way as Champions to carry yet another trophy this year. However, the competition is not that easy. Also, there are winners from Champions League equivalent tournaments participating.

Alright, we know that Liverpool has the advantage as they are entering directly in the semi-finals, but so is the Copa Libertadores winner.

In 2021, you’ll be seeing a new revamped version of the tournament. The competition will be held every four years and played in June and July. It will also be replacing the current seven-team tournament, which is held annually in December as 24 teams from all around the world will compete.

Real Madrid has been dominating this championship with three consecutive wins. Now, in 2019, Liverpool has a chance to add another record to their resume.

Liverpool is going straight to the semi-finals as the Champions League winners. However, will it be enough to join previous Club World Cup champions? Liverpool has what it takes, but let’s see if we could add their name next to 2019 above the following:

The Club World Cup is a competition in which every person, every child, anyone who loves football, is looking forward to. Now, wherever you may be, you won’t be missing the action happening in Qatar thanks to VPNs and Smart DNS.

Now, tell me, which team do you think will prevail? Will Liverpool get their second trophy for the year? Share your predictions below.