Have you ever asked yourself if your Chromecast can do more? I did. When I first purchased this amazing platform, I didn’t know that the streaming services available in its library are region-specific. You can imagine my disappointment. Well, that’s before I learned that you can set up a VPN connection on the device and unlock a whole new list of streaming channels. Got you all pumped up, huh? Let’s get right into it, shall we? Take a look at the tutorial below to find out how to install a VPN on Chromecast. 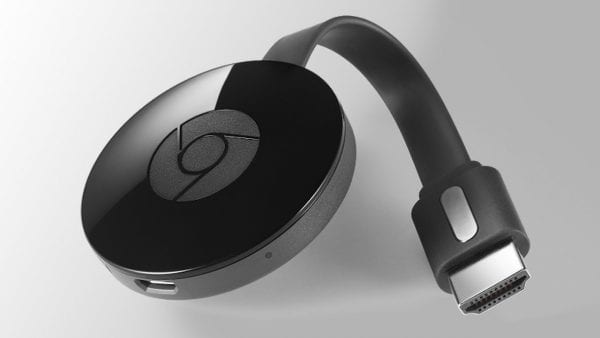 How to Install a VPN on Chromecast?

Get a VPN Connection on Chromecast using your Router

Before we begin, you need to know that a Chromecast device is not natively compatible with VPN clients. That’s why you should install the VPN on your router instead. That’s a good thing, trust me. A VPN allows a certain number of devices to connect simultaneously. In other words, a single account with a VPN provider limits the concurrent connections you get.

However, there’s a loophole to that. If you install a VPN on your router, your connection expands to cover all the devices connected to your network. No matter how many platforms you connect, they’ll all be covered with a VPN connection.

To do so, you’re going to have to resort to a DD-WRT router, or a Tomato based one according to what suits you better. Once you install a VPN on DD-WRT routers, you get to enjoy an encrypted connection on Chromecast just like I do now.

How to Install VPN on Chromecast – Virtual Router Method

If you scrolled down to this part, I guess installing a VPN on your router was very hard for you. Technically, it’s not if you follow the steps in the guide provided. But I’m not going to let you leave empty-handed anyways. If your router didn’t cut it for you, you can turn your own laptop or PC into virtual routers. It’s very easy. I have it all explained below.

When we’re talking about sharing a connection, the first thing any user is used to is creating a Mobile Hotspot. Everybody knows how to do so on mobiles when they turn their mobile network into a shared Wi-Fi connection. Luckily, you can also do the same when you’re operating on a Mac or a Windows PC.

This feature has its advantages. Before I learned how to install a VPN on a router, I used to turn my Mac into a Virtual Router. It’s not hard at all. All it takes is a few clicks here and there and you’ve got yourself a shared VPN connection.

As stated above, Chromecasts are not natively compatible with VPNs. Therefore, your only choice is to share a VPN connection with the device. The connection you get won’t be as fast as connecting directly to your router, but it’s the next best thing if you want a VPN encrypted Wi-Fi on your Chromecast.

Once you’ve created your virtual router, connect the Chromecast and you’re good to go. The process differs when you’re using Windows PC. It’s so much easier. However, the good news is, you can turn both your Mac and PC into virtual Routers.

Given that setting up VPN on Chromecast takes both time and effort, you want to make sure that the VPN service you are using actually works on your streaming device. Don’t get me started on the useless VPN providers that I’ve tried throughout the years.

I’ve listed the best VPNs you can use to unblock geo-restricted channels on Chromecast below. Take a quick look at each and every one of them as I’ll be reviewing them later on in this article.

For a more in-depth analysis of each of the VPN service providers you saw above, read the following as it covers specific details about the best VPNs for Chromecast. Here we go.

ExpressVPN is kind of my best pick for anyone who searching for a reputable VPN is. Not only is it one of the top in the industry, but when it comes to Chromecast, this one should be your number one option. They offer MediaStreamer, their own Smart DNS service that can easily be configured on your router.

Moreover, when you’re using their VPN server, you can tap into more than 2000 servers in 94+ countries. If that doesn’t elevate your streaming experience, I don’t know what will.

ExpressVPN also comes with high-security features and strong encryptions that ensure your safety and anonymity when you’re browsing the web. For more info, take a look at bullet points below.

Surfing the web doesn’t get any easier when you’re using NordVPN. This VPN provider is one of the tops on the market, hands down. When it comes to security, NordVPN has it all including some exclusive safety measures. We’re talking about the likes of Double VPN. This service gives you double the encryption as your traffic passes through two servers. It does lower your internet speed a bit more. However, if you cherish your privacy, that’s your best option.

On the other hand, Nord’s CyberSec technology protects your device from being infected by any spyware, malware, and other malicious software. Not to mention that they also have a Smart DNS service, SmartPlay. In general, this VPN is very helpful if you’re using Chromecast. To know more, scroll a bit further.

A small yet effective VPN provider to use on Chromecast. This one doesn’t have the server network everyone looks for in a VPN. However, if you operate with BulletVPN, you can surf the web with complete security and privacy.

Alongside having their own Smart DNS service, they also care for their customers’ concerns. Therefore, you can contact their support team anytime and you’ll be greeted with professionalism and helpful assists. Check the full list of features below.

This budding VPN service provider makes a good first impression when you take a look at what it has to offer. First, you’ll see that it has a wide server network that covers over 50 countries around the world, that includes Brazil, Canada, Chile, the UK, Australia, and so many more.

Another thing that caught my attention when I was checking this VPN out is that you can use their VPN connection on countless devices per account That’s a service none of the top VPNs offer to customers. Even ExpressVPN has a limited 3 devices per account. Recently, SurfShark added Smart DNS proxy to the features that users can benefit from. You can tell that this new kid on the block is going places in the near future. Top VPNs in the industry, watch out. You can see more of this VPN in the following:

If all of the steps above seem too complicated for you, you can use Smart DNS proxies instead. The best thing about Smart DNS is that it can easily be set up on routers. You just have to make sure that the VPN service you are using actually offers its users a Smart DNS proxy service. ExpressVPN does have that and it’s called MediaStreamer. Alternatively, you can try out Unlocator. They aren’t a VPN service per se. They used to be a pure Smart DNS provider, but now it joined the Hybrid family.

While most routers allow you to change DNS settings, some of them do not. In general, Linksys, Asus, Cisco, D-Link, TP-Link routers all support manual DNS configuration. If you own a modem provided to you by your ISP, I doubt DNS can be set up.

In that case, you can purchase a secondary router that allows you to change DNS. Then, connect that secondary router’s WAN port to your modem’s LAN port using an Ethernet cable.

Finally, connect the Chromecast to the secondary router.

How to Block Google DNS on Chromecast

Some streaming channels such as American Netflix require additional steps to unblock them. Besides setting up VPN on your router, you might also need to set up static routes to block Google DNS server addresses. That’s because these DNS codes are hard-coded on the Chromecast.

You can always set up static routes and block Google DNS on your router for Chomecast if you know your way around.

How to Install VPN on Chromecast – Conclusion

It definitely takes some effort to set up a VPN for Chromecast. In the end, you will be able to bypass regional restrictions and cast any streaming channels you want from anywhere in the world. I did it and now it’s your turn. If you get stuck during the VPN on Chromecast installation process, share your thoughts with me and I’ll be more than happy to help you out with your problem.