“You Get What You Pay For” is a saying I recently remembered when I came across Chili TV. It’s a service that allows users to rent or purchase thousands of films, première, TV series, and even Cinema tickets online without the need for a subscription. However, there’s also one more speculation – Chili is only available in select countries. Now, from what I’ve seen, it’s a great service to have no matter where you reside. That’s why I came up with this guide. Here’s how you can get and watch Chili TV anywhere in the world. 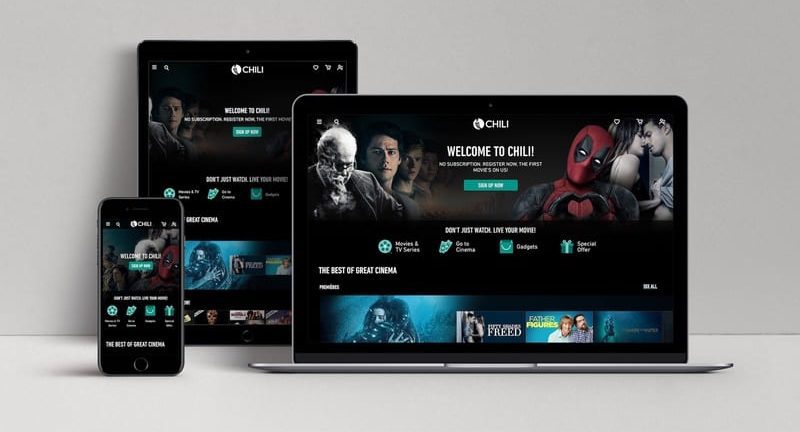 Chili Cinema – The What, How, and Where

Streaming services now focus on subscriptions to operate. They offer you hundreds of titles within that subscription, regardless of what you’re interested in.

CHILI works differently. As we mentioned above, the new streaming service gives you instant access to films and TV shows, entirely subscription-free.

You only pay for what you watch and depending on the title, your access varies between a limited period or forever. You also get to watch the latest movie releases freshly out of the Cinemas.

How? Well, Chili is backed by the biggest companies in the world, including Sony, Paramount Pictures, Warner Bros, Viacom, and 20th Century Fox.

Despite the big streaming war with the presence of BBC iPlayer, ITV, Channel 5, and Netflix, Chili managed to attract more than 2.3 million users, which is great considering how long it has been in the industry.

The prices vary according to the content you’re buying. For example, the price of Agent Carter season 1 differs from that of American Horror Story season 9.

You get the option to choose the series’s quality as you buy it. You might be billed more in some cases, while in others, both SD and HD resolutions cost the same.

That’s exactly what we witnessed with American Horror Story Season 9, as both qualities cost £14.99. 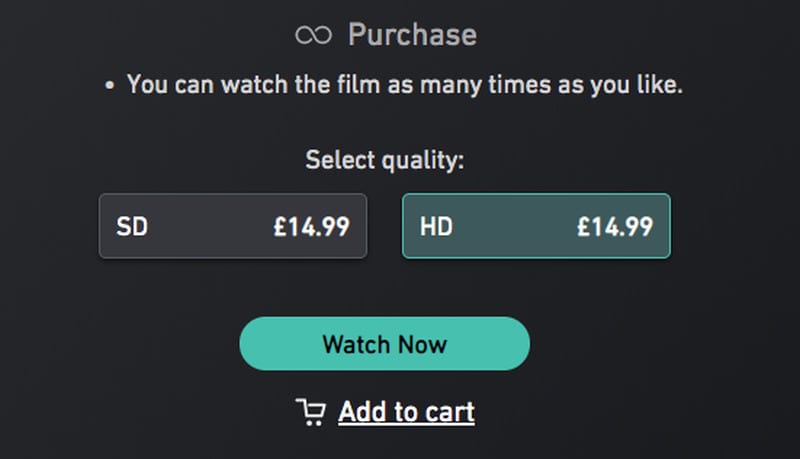 New users who register with the service get a 50% off on their first rental, which is a good gesture by Chili. The prices are good, the service is smooth, and allows renting both digital films and physical DVDs and Blu-rays.

The service is available in the UK, Italy, Germany, Poland, and Austria – that’s it. It’s only there. Chili does not operate outside the aforementioned countries due to geo-restrictions.

Just like Hulu, BBC iPlayer, Netflix, and other streaming services, Chili applies geo-blocks and restricts or limits user access to the select countries. Anyone living outside these regions will be blocked almost instantly.

You see, Chili relies on your IP address to determine your location. We’ll focus on the UK version for the time being as it probably has the richest library. So, if your IP address is not a UK one, you’re getting nothing out of the service. Here are the geo-error messages we got:

Now that we’ve addressed the issue, let us show you how you can unblock Chili TV anywhere.

Chili TV – From the UK to the Entire Globe

Your physical location is what’s limiting your access to Chili and dozens of other channels around the world. What you need here is a simple tool to spoof your location and appear to be accessing the web from the United Kingdom.

That software comes in the form of a Virtual Private Network – a cybersecurity tool that focuses on enhancing a user’s security, anonymity, and bypassing geo-restrictions.

When you connect to a VPN server, it reroutes your traffic through a private tunnel. Next, it encrypts your data (more security) and cloaks your IP address (more privacy), assigning you with a temporary IP according to the server’s location.

As a result, you’ll be able to access geo-restricted content in that territory despite being physically abroad. For example, if the server is in the United Kingdom, you’ll obtain a British IP address. With that, you can use/watch Chili no matter where you are.

You now know everything about Chile and where it’s available. Let’s show you how you can get it in your country:

The Best VPN for Chili TV

Unblocking a certain channel is one thing, and streaming it at fast speeds is another. That’s why we recommended ExpressVPN for the job. Based on the speed tests we performed, the provider showed excellent results no matter how far the server is from our location.

You have dozens of options to choose from as the provider offers more than 128 server locations in 94 countries. So, whatever version of Chili you’re aiming at, it’s all yours.

When it comes to security, ExpressVPN works with the top 256-AES military-grade encryption along with a kill switch, split-tunneling, and a strict no-log policy for extra privacy.

We truly believe that ExpressVPN is the top provider out there, but we have to state that it’s not the only one capable of such a task. In the table below, you’ll find 3 other top services we recommend. Check them out and give yourself more options.

There’s one thing that we really didn’t like about Chili. The service allows five simultaneous devices, but it only allows you to watch the content on one device. You can’t stream the same movie/series at the same time on separate platforms.

But for a channel that came out ago, it’s device compatibility is pretty good. Here’s where you can watch Chili TV:

Having a supported app on Smart TVs is an excellent way to launch a service. You can enjoy your chosen film on a large screen telly without having to fuss around with dongles or casting.

You probably would like to have a slight idea of what the channel has to offer. Therefore, here are some titles you’re going to get once you unblock the channel in your region:

Chili TV is a great option for those who don’t like subscribing to a service for a long duration. As we mentioned, you only pay for what you want to watch.

Now, with a VPN, Chili can be accessed no matter where you live, be it the US, Canada, Australia, or any other non-supported country. If you need any help setting up a VPN, drop us a line and we’ll help you out.