The already-crowded streaming service market is getting a serious player in May 2020. WarnerMedia is attempting to lay down the gauntlet to Netflix, Amazon Prime Video and Disney Plus by introducing its new streaming service, HBO Max. While most of you know a little about it, many are wondering just when and how they can nab all that HBO Max has to offer, right? Well then, here’s everything you need to know about HBO Max and how to watch it anywhere in the world. 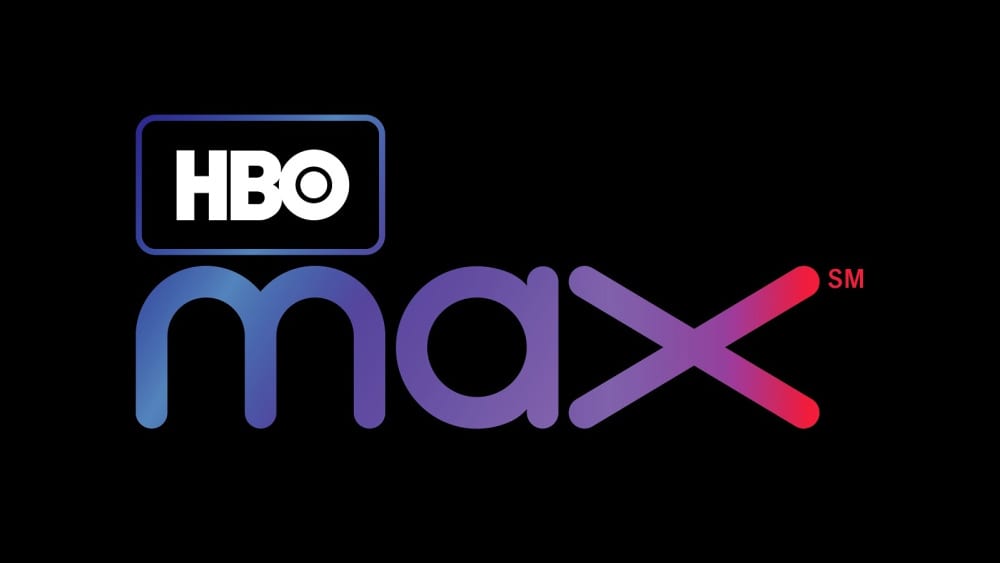 HBO Max launched in May 2020 and brought top titles from WarnerMedia’s vast library of premium shows and movies, as well as an extensive collection of new programming produced exclusively for HBO Max.

Subscribers will have access to 10,000 hours of content at launch. They’ll find titles suitable for all ages, be it families with young children or adults of all ages.

An even bigger streaming war is well underway, and HBO Max has studied everything it needs to make an impact on the market. The price of the service is still as high as its other counterpart, HBO Now.

There are a few speculations some of you might like about accessing the service. HBO Max costs $14.99 a month (Same as HBO Now). If you’re already an HBO Now subscriber who’s billed directly through HBO, you get to use HBO Max for free.

The same cannot be said about HBO subscribers that obtain their subscriptions through third-party providers that are authorized to distribute the HBO NOW service.

Moreover, if you’ve subscribed through AT&T video services (such as AT&T TV or U-Verse TV), HBO Max is yours for the taking as well.

The service is ad-free, despite rumors of it offering an ad-supported service later on after the launch.

Aside from the wide variety of content, HBO Max is rumored to have a huge impact on the variety of platforms it supports. How else is it going to compete with the likes of Netflix and Disney+ if its device compatibility falls short compared to theirs?

It’s not confirmed yet, but HBO Max will most probably be available on:

As you might know, HBO Now’s $14.99 subscription allows streaming on up to three devices at once. HBO Max is following in its footsteps, and the same number of simultaneous streams is allowed.

Also, WarnerMedia already confirmed that their new streaming platform offers a download feature so you can view your favorite content offline.

At launch, HBO Max spread its services across the United States, followed by Latin America later on.

However, to be honest, we’d be surprised if the service came to the UK for example.

HBO already said that in 2021, it will make its service available in parts of Europe. But the question is, if it came to the UK, what will happen with the deals it has with Sky?

Sky brings HBO content to the likes of Sky Atlantic and Now TV. If HBO Max comes to the region, it will either affect Sky negatively or sabotage its own service. So we can say that with such a deal, it’s very unlikely we’ll see HBO Max in the United Kingdom.

In Canada, Bell Media extended its deal with HBO, which will now include HBO Max content. However, those who are looking to stream friends won’t be able to find it as Netflix will keep the rights to the epic sitcom in the region.

Just to make things clear, some of the HBO Max content will be available, but not the service itself.

What we can conclude now is that the service will be based in the US, which means that it’s only available there. Those residing abroad may find themselves blocked when trying to access HBO Max.

Whether HBO Max will be strictly available in the US or offer limited access in select regions is to be determined in the future. Now, if you live outside HBO’s area of coverage, this geo-error message will appear:

HBO Max examines your IP address to determine your location. It’s one of the main mechanisms used to pinpoint an individual’s exact physical whereabouts. If you’re not within the coverage area, you’ll be blocked.

We’re going to solve your problem right now. Scroll a bit further and learn how to unblock HBO Max in your region.

You now know that HBO Max isn’t available to anyone, but we’re here to make a few altercations to that. As we mentioned, the service will only be available in select countries, but we’ll be focusing on the United States, for the time being, assuming that the biggest library is available there.

So, to access HBO Max you must be located in the United States. This can easily be achieved if you make use of a Virtual Private Network. It’s a cybersecurity tool that spoofs your online location and allows you to appear in any country around the world based on the server you connect to.

Once you establish a connection, the VPN will reroute your traffic, encrypts it (extra security), and hides your IP address (extra privacy), replacing it with a temporary one according to the server’s location.

As a result, you’ll have full access to any restricted content in the area. For example, if you connect to an American server, you’ll receive a US IP address. Eventually, you can watch HBO Max, along with any US-restricted service no matter where you physically reside.

Now that you know what a VPN is and does, let us show you how you can unblock HBO Max in your region:

We follow a very strict evaluation process to determine whether the VPN we’re assessing is credible or not. From what we encountered, BulletVPN tops the charts with its quality of service.

Here’s why. A lot of VPN we tested did not manage to bypass the channels geo-blocking mechanism, let alone the VPN banning it applies. It either gave us the errors above, or a message stating that the service couldn’t verify our subscription.

With BulletVPN, none of that happened and streaming HBO Max was seamless. That aside, BulletVPN excels in the security department, offering features such as a kill switch, Bullet Shield, military-grade encryption, and one strict no-logging policy.

However, while we consider BulletVPN to be the top VPN for HBO Max, there are others that are up for the job as well.  Check them out in the table below.

Before we mentioned what the service has in stores for you, let’s talk about a few important things first. The question on everybody’s mind right now: Is “Friends” really leaving Netflix to HBO Max? Will there be a reunion?

The short answer is, Yes. In some regions, where HBO Max is not available, Friends can still be streamed on Netflix. If you live in the United States, you’ll notice that “Friends” is missing from your library.

As for the reunion, it’s happening. It’s not a reboot, not a movie, and most definitely not a continuation series. It’s a special that will involve all of the hilarious cast as they talk about their past experience with the show. According to Kevin Reilly, the streaming service’s chief content officer.:

“Guess you could call this the one where they all got back together — we are reuniting with David, Jennifer, Courteney, Matt, Lisa and Matthew for an HBO Max special that will be programmed alongside the entire ‘Friends’ library.” 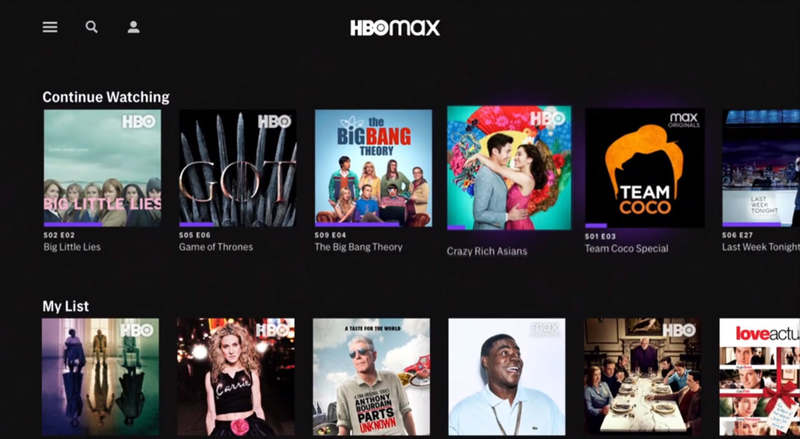 Moreover, most of the DC Universe’s catalog will be on the service, including Doom Patrol and Titans. Not to mention that you’ll be able to stream all 279 episodes of The Big Bang Theory.

With that said, along with hundreds of other titles, here’s what HBO Max has in its library: 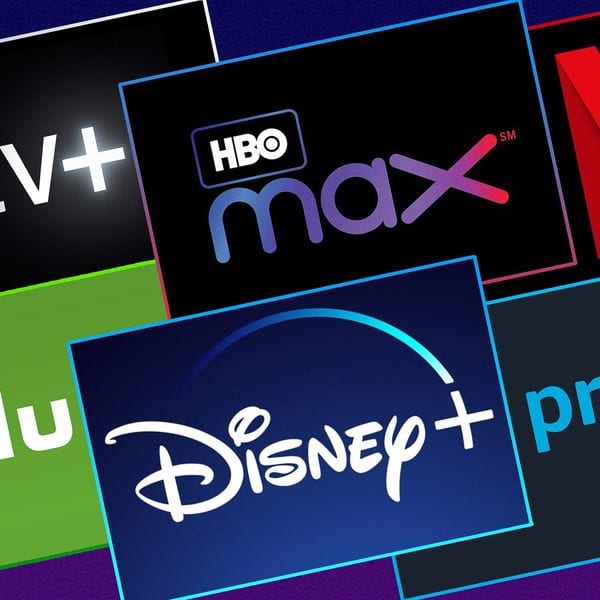 HBO Max launches in May 2020 and will cost $15 a month, which makes it more expensive than other streaming packages. We’re kind of used to that as HBO Now costs the same.

However, whilst in a streaming war, we should compare the price with other services out there. Netflix’s most expensive package costs $16 as it allows you to stream content in 4K on 4 simultaneous devices.

Furthermore, Apple TV+ costs $5 a month, or $50 for an annual subscription, and it offers a standard seven-day free trial. This shows us how each channel has studied the market and deployed its pricing accordingly.

Every service has a certain price for specific content. So, if you take a look at some of the titles we mentioned above, which is a small chunk of HBO Max’s library, the higher price seems warranted.

The Subscribers – In Numbers

Now, let’s talk about the subscribers. So far, Netflix has dominated the charts in that department, harnessing over 167 million subscribers worldwide.

Hulu, on the other hand, has more than 30 million subscribers in the United States. We should note that Hulu is not available globally, it’s only accessible to those residing in the US.

Disney+ is still new, but it managed to gain up to 41 million subscribers in the regions where it’s available. That makes its users’ number around 1/4 that of Netflix.

Finally, we have Apple TV+, the company’s new streaming service that had quite the popularity the moment it launched. Most users have pre-ordered the service (Just like DIsney+) and as of now, Apple TV+ has more than 34 million subscribers.

How do these services compare to HBO Max? Since the channel has not been launched yet, we can’t say anything about how many subscribers it will attract. But according to WarnerMedia chief John Stankey:

“HBO Max is expected to reach 75 million to 90 million global subscribers by the year 2025.” 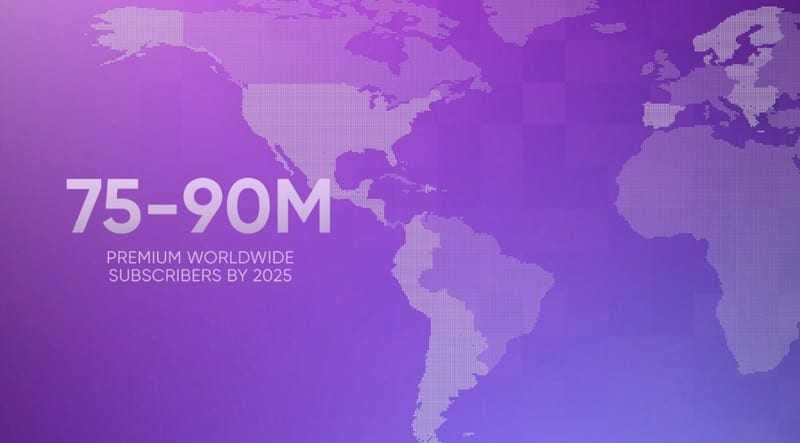 As we mentioned, HBO Max will most likely cover parts in Europe where HBO doesn’t already have existing operations. We’re talking about Central Europe, Scandinavia, Spain, Portugal, and the likes. This will increase HBO’s popularity around the world, leading to the number of subscribers in the statement above.

HBO Max launched in May 2020 and you now know everything about WarnerMedia’s attempt to take over the streaming industry. The service won’t be available to anyone, but with a VPN, it will be.

We’ve given you everything you need, all you have to do is wait for its launch data and enjoy what premium TV is all about. If you have any more questions, please drop them in the comment section below.

HBO VPN Error? We investigated.
Results: Only BulletVPN works as of Jan. 15.