Are Kodi Boxes illegal or legal to use in UK, Canada, Australia, or USA? Kodi XBMC is quickly turning into one of the most used streaming apps. This lead to a substantial rise of Kodi TV boxes. You can easily find these Android-based streaming devices on Ebay or Amazon. They come with Kodi pre-installed, saving you the time, effort, and hassle of having to manually install Kodi on your Android TV Box, along with its repositories and addons. However, are these Kodi boxes safe to use? And more importantly, can you get into legal trouble if you buy a Kodi TV box online? 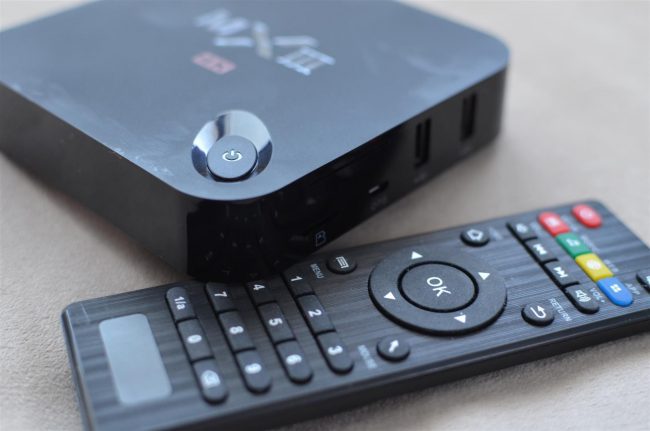 Are Kodi Boxes Illegal or Legal?

Are Kodi Boxes Safe to Use?

The safety of an Android TV box is mainly concerned with whether that streaming device has malware or viruses installed on it. There have been several cases where such Kodi TV boxes were indeed infected with malicious software. Such incidents are well documented on the official Kodi website. If you intend to buy a Kodi box off Amazon or Ebay, make sure to go through all the reviews before you make your purchase. This allows you to get a better idea about whether you can trust the Android TV box seller or not.

In case you have bought an Android TV Box with Kodi pre-loaded on it, make sure you have the latest Kodi 17.3 update installed on it. Older Kodi versions have major security flaws which have been addressed in the latest update.

The fact these Kodi TV boxes are Android-based also means that you can install anti-virus apps on them. Make sure you setup an antivirus application, such as BitDefender, MalwareBytes, or Avast on your Android streaming device directly after you connect it to your WiFi network. There are even Kodi antivirus addons like Security Shield you can install via your XBMC app.

Are Kodi Boxes Legal to Use?

Update 3: On April 4th, 2017, Amazon has officially banned the selling of Android TV boxes on its website. Amazon even threatened to suspend the accounts of anyone who attempts to sell “fully loaded” Android TV Boxes.

Update 4: On April 11th, 2017, Ebay followed Amazon suits and banned the selling of Kodi boxes on its website as well.

Update 5: On Wednesday 26th April, 2017, the ECJ, aka European Court of Justice, ruled that “copyright-protected work obtained by streaming from a website belonging to a third party offering that work without the consent of the copyright holder”  does not benefit from an exemption of the laws governing the distribution of copyright content.  In other words, streaming pirated content using illicit addons is now just as illegal in the EU as downloading copyrighted material.

Update 6: On Thursday, May 25th, 2017, Facebook updated their their Commerce Policy to prohibit the sale of Android TV Boxes according to TorrentFreak.  “Sale of the following is prohibited on Facebook: Products or items that facilitate or encourage unauthorized access to digital media.” the page reads.

This is a gray area. Whether Kodi boxes can be consider illegal or not largely depend on your current country of residence. UK, Canada, Australia, Germany, France, and USA have strict laws against online piracy. What you might not be aware of is that a lot of the Kodi addons you are using to watch movies and TV shows get their video feed from pirated streaming sites. That’s why UK police recently arrested a Kodi TV seller from Norfolk, England. Your ISP can easily monitor your online activities. That’s the main reason so many unsuspecting Kodi TV box users get copyright infringement notices from their ISPs. To stay on the safe side, use VPN on your Kodi TV box. That way, you can stream movies, TV series, and live TV channels anonymously.

Best VPNs to Use with Kodi TV Box

While antivirus apps keep your streaming device safe from potential malware or viruses, you are still exposed to your ISP potentially eavesdropping on what you are watching online. It does not matter on whether you’re streaming via your Kodi TV box, PC, Fire Stick, Android, or iOS. The ugly truth is that your Internet service provider can keep tabs on all your activities online. Using VPN is the best, and possibly the easiest, way to achieve online anonymity.

In terms of the best VPN to use on Kodi TV boxes, I’d definitely recommend using ExpressVPN. They don’t keep logs of their users online activities and their VPN servers work pretty well with Kodi. I’ve listed other top Kodi VPN services below.

Learn how to hide your IP on any Android TV Box.

How to Install Kodi 17 Krypton on FireStick

The best scenario for you to follow would be purchasing an untempered Amazon Fire TV Stick and then install Kodi on the FireStick yourself as shown in the guide below. The same process can be used to install Kodi on any Android TV Box as well.

Are Kodi Boxes Safe and Legal to Use? The Bottom Line

Make no mistake about it. Your online privacy and security is not something you want to take lightly. Using a proper antivirus app as well as a VPN service like ExpressVPN on your Kodi TV Box can go a long way in protecting you from potential safety and legal issues.