Anyone who is into horse racing and placing bets will take interest in the 2019 Grand National. Since itv will be broadcasting the event live, due to geo-restrictions, those who are not the UK won’t be able to watch it, myself included.

The horses participating in the Grand National are trained to perfection, and there is nothing like watching a rider and his horse move as a unit past our throbbing hearts and pocket-reaching hands. But, enough of that, let’s get on with the good stuff. You’ll need two things to watch the Grand National 2019, and I assure you they are no one-trick pony. 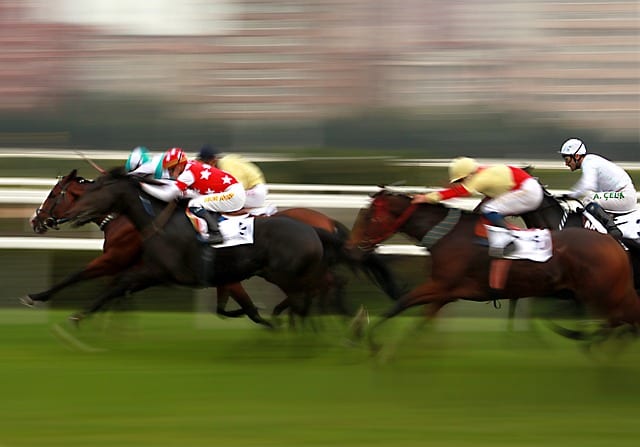 How to Watch Grand National 2019 outside the UK

How to watch the Grand National 2019 free live online? The Grand National is considered the pinnacle of horse racing by many. It will see the best horses from around the world compete against each other from the 4th to the 6th of April 2019 at Aintree Racecourse near Liverpool, England. The 172nd annual running of the Grand National Final itself will be shown live on Saturday, April 6th, 2019.

In the UK, ITV will broadcast the whole horse racing event free live online. Unfortunately for horse racing fans, ITV is geo-blocked outside the UK. In this tutorial, I will show you how to use VPN or Smart DNS to unblock ITV abroad. Thus, you will be able to stream the 2019 Grand National free live in USA, Canada, Australia, France, Germany, or anywhere else.

Streaming itv outside the UK is nearly impossible. If you’re thinking you’re going to get in, you’re in way over your head. It doesn’t work that way. You are not in the place where itv is, and apparently, your geo-location controls what you see online.

Do you know what you’ll get upon trying to access itv abroad? This: “We’re sorry. ITV Hub is only available to viewers in the UK.”

You’re here to catch the 2019 Grand National live online, but you were surprised to see an error message pop up. Again you’re here to watch the event, and you are going to do just that by subscribing to a VPN.

Since your geo-location is an issue, this online tool will make itv think you are in the UK. The VPN takes all of your data coming from where you are located and puts it through a private digital tunnel and then ends in a server where it is assigned that server’s location. The user will no longer appear to be located in the previous location, resulting in the user gaining access to all the content in that location. Also, through that tunnel is where the data receives the ultimate encryption so that it won’t be accessed by anyone. The VPN keeps your data under wraps, and we’re not talking here about a horse held back from running at top speed.

Get the even streaming wherever you are in the world with the help of a VPN.

ExpressVPN is an incredibly strong and robust VPN that can be easily operated. While it’s not the cheapest, it’s the best in the business. It’s ideal for unblocking overseas content. Not only are the servers optimized for streaming, but the speeds are incredible. You can make use of other best VPN services for ITV for the 2019 Grand National live online.

Getting around geo-restrictions is basically what a Smart DNS does best. You can bet it has mind-blowing unblocking capabilities. However, when discussing security features between a VPN and Smart DNS, it’s clearly a one-horse race. A Smart DNS cannot compare to a VPN with its security measures and standards. For starters, VPNs encrypt users’ data and stuff them with protocols to ensure their protection.

On the other hand, a Smart DNS just redirects this data through a server so that it looks like the user is in a different location. With a Smart DNS, the IP address stays the same, public, unchanged, and very visible. But, one thing’s for sure, you get to stream content at high speeds no matter where you are. Check out how:

The reason why I choose Unlocator is because of its fast performance, easy setup, low prices, and great compatibility. Additionally, it was the only Smart DNS proxy service that actually allowed me to unblock ITV abroad. Give it a try yourselves and share your experince with Unlocator in the comment section below.

How to Watch 2019 Grand National Free Live Anywhere in the World?

Hopefully, this tutorial has helped all of your horse racing fanatics stream the Grand National anywhere in the world. For more inquiries about how to use ExpressVPN or Unlocator, avoid geographic restrictions, and feel free to comment down below.