What are the top 5 Netflix alternatives to watch outside USA? Netflix is constantly blocking VPN and Smart DNS proxy services that allow users to change their Netflix region to the USA. Instead, users are now getting the dreaded Netflix proxy error. Given the poor content available in Netflix libraries of the UK, Canada, Australia, Germany, or France, many are considering canceling their Netflix subscription. In this article, I will shed light on the best 5 Netflix alternatives in 2021 you can unblock using VPN or Smart DNS. The list includes the likes of Hulu, HBO GO, BBC iPlayer, as well as a surprise addition many have not heard of yet. 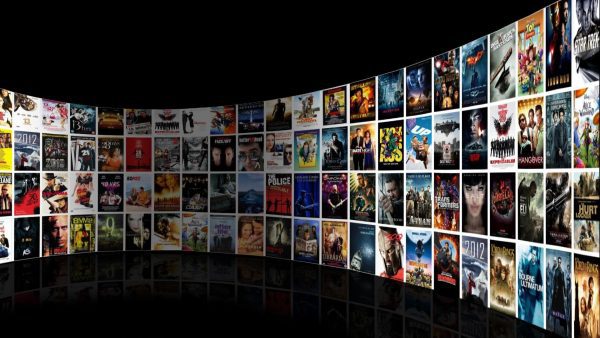 Top 5 Netflix Alternatives in 2021 to Watch outside USA

BBC iPlayer is without a doubt one of the biggest online streaming services. Its programs cover live and on-demand sports, news, entertainment, and social issues. If you are into British dramas such as Doctor Who and EastEnders, BBC iPlayer is definitely for you.

HBO GO is relatively one of the oldest online video-on-demand services on the Internet. Being one of the biggest US cable channels made it one of the most sought after channels. Game of Thrones, Sopranos, Entourage, and Boardwalk Empire are all available to stream on HBO GO. After the success of Netflix, HBO decided to launch its own stand-alone streaming services called HBO Now. Initially, HBO Now was only offered on Apple devices. It is now, however, supported on the same devices as HBO Go and offers the same content as well.

Amazon Prime Instant Video offers one of the largest online streaming libraries. At the moment, Amazon Prime is available in USA, UK, Germany, and Japan. The content available on each region does not differ as much as in Netflix’s cases. Amazon Prime’s main focus right now is on producing its own TV shows. The best Amazon Primes shows include Mozart in the Jungle, The Man in the High Castle, Transparent, and the upcoming Top Gear spinoff, Grand Tour.

Hulu is one of the top three American streaming channels, along with Netflix and HBO Go. It is owned by a consortium consisting of Disney, Time Warner, and Fox. Hulu allows you to watch both movies and TV shows on-demand. Hulu had a two different subscription tiers at first, a free ad-supported version and a paid subscription model with minimum advertisement. Starting this summer, Hulu will only be available via paid subscription. You can still watch many free Hulu shows on Yahoo View.

iflix is the only entry on this list which is natively available outside USA and UK. iflix is a relatively new streaming channel. It is currently available in Malaysia, Thailand, Philippines, and Sri Lanka. The first thing that strikes you when you visit the iflix website is its similarity to Netflix. The iflix library is pretty impressive too. American TV shows such as Friends, Family Guy, American Dad, American Horror Story, Two and a Half Men, How I Met Your Mother, Fraiser, and Big Bang Theory are all available to stream. iflix is a channel definitely worth looking at if you are looking for a Netflix alternative.

If you have watched American Netflix outside USA, you are probably already familiar with how VPN works. VPN, or virtual private network, allows you to spoof your online location and trick geoblocked streaming channels to think you are in a region where they are available. Setting up an American VPN connection, for instances, grants you a US IP address. This allows you to watch US channels like HBO GO, Hulu, Showtime, ABC Go, and NBC abroad.

ExpressVPN top the chart when it comes to bypassing regional restrictions. They also offer an unparalleled 30-day refund period. In the table below, you can find the best VPN providers to unblock American channels outside USA.

Some people are more familiar with Smart DNS when it comes to avoiding geographical restrictions. Smart DNS proxies have their pros and cons compared to VPN. For instance, you can directly setup Smart DNS on most of your streaming devices. On the other hand, Smart DNS does not encrypt your Internet traffic like VPN.

If you are looking for a Smart DNS proxy service that unblocks all of the channels listed above, use Unlocator. They support 218 channels in total. A free 7-day trial means you can test Unlocator without worries. If you are unfamiliar with how to setup Smart DNS, take a look at these tutorial and videos.

Do you think there are other Netflix alternatives you can block with Smart DNS or VPN that should have made the list? What us your favorite streaming channel? Let us know by dropping the comment below.