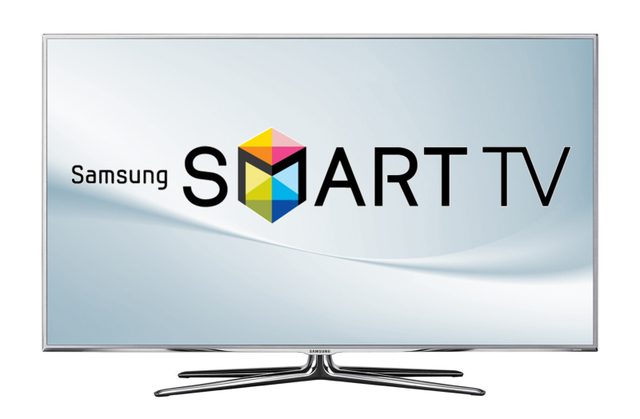 Best VPNs for Samsung Smart TV and How to Install Them

Similarly to other streaming devices, your IP address (location) dictates what content you get to access on your Smart TV; be it websites, services, and streaming channels. With a VPN, you can bypass whatever blocking/restrictions, as well as protect your online data from cyber threats. In this review, you’ll find everything you need to know about what the best VPNs for Samsung Smart TV are and how can you set them up in less than 4 minutes.

The guide below explains in detail how to set up a VPN on your Samsung Smart TV. If you have prior knowledge of how to use a VPN on a Smart TV, there might be no need to go through the full review. Here’s a list of best VPNs you can use on any Samsung Smart TV:

As I’ve mentioned above Samsung Smart TVs are not compatible with the VPN. That essentially means you can not directly set up a VPN on them. However, you can configure the TV’s DNS server addresses instead which brings us to Smart DNS proxies. Smart DNS proxies are another tool you can use to bypass regional restrictions and unblock streaming channels from the USA, UK, Australia and the rest of the world.

Unlike VPN, Smart DNS doesn’t encrypt your traffic, though. This has both its cons and pros. For one, unencrypted traffic is still prone to various online hazards. However, the fact that your Internet traffic is not encrypted also means you won’t experience the Internet speed drops you’d have to bear with while using a VPN.

We made sure that all of the VPN service providers listed in the top Samsung Smart TV VPN review offer their users Smart DNS proxies they can set up on their TV.

The following steps facilitate the process we went through in order to configure the DNS server addresses on the Samsung Smart TV we used during this review.

Keep in mind that you still need to switch your Samsung Smart TV’s region in order to install streaming apps from other regions on it. In other words, you won’t be able to access US apps like HBO, Hulu, or Amazon Prime if you don’t change the TV’s country to the USA first. For more info on how that is done, take a look at this tutorial.

Despite not being natively compatible with VPN providers, you can always make use of your router and install the VPN directly on it. This way, all of the devices connected to the router will share the same VPN connection.

By using your router, you’re not bound to your provider’s simultaneous connections’ limit. Any device that connects to your Wi-Fi will end up benefiting from your router’s encrypted connection, including your Smart TV.

I must state that not all VPN routers are compatible with a VPN. To learn more about the VPN on a router setup, check out this guide. While the process does require some technical background, setting up a VPN connection on your router is well worth the effort.

You can use your PC or Mac to share your computer’s Internet connection with your Smart TV. By doing so, the Samsung Smart TV will benefit from the PC or Mac’s VPN connection.

While this method is neither simple nor easy to implement, it’s achievable. We still suggest trying either setting up the VPN connection on your router or using Smart DNS instead.

We use complex criteria to determine which VPNs are better than others. In the case of Samsung Smart TVs, the main features you should be looking for in a VPN provider are speed, server locations, Smart DNS availability, and the ability to access geo-blocked content.

In other words, you might find cheaper VPNs than the ones we’ve listed below, but they may lack one if not all of the aforementioned features. When it comes to VPN providers, you almost always get what you pay for.

ExpressVPN, hands down, are the experts. According to the tests we performed, this British Virginia Island-based VPN provider came out with some excellent results in terms of:

With ExpressVPN’s Smart DNS feature, you can bypass regional restrictions on your Samsung Smart TV within minutes. Please note that the channels you get to unblock should be supported by the provider, it doesn’t work as a VPN does.

On the other hand, the company promises its users a zero-logs policy accompanied by 24/7 support. Moreover, you can use up to five simultaneous connections with this subscription.

ExpressVPN costs $12.95/month. However, if you opt for their yearly plan, your monthly fee stands at $6.67/month along with 3 extra free months. Also, the provider offers a 30-day money-back guarantee policy, which allows you to test its services risk-free.

BulletVPN’s HQ is based in Estonia; a positive aspect in that there are no data retention laws governing this particular country. Here’s how BulletVPN fared in terms of VPN features critical for Samsung Smart TVs.

The service offers features that protect your privacy. During our tests, there were no IP or DNS leaks. Also, BulletVPN has two main privacy features in the form of a Kill Switch and Bullet Shield.

The first one terminates your internet connection if the VPN drops and the second doesn’t allow you to reconnect unless a VPN connection is present.

BulletVPN isn’t that expensive. It costs you $10.98/month and $3.75/month if you subscribe to their yearly plan (You’ll benefit from 1 free extra year).

If you want to try their service out, the provider has a 30-day no-questions-asked refund policy, as well as a 1-day free trial for Android users and customers who contact the support team.

Unlocator launched back in 2013 as a Smart DNS proxy service. Unlocator is based in Denmark which is part of the 9-eyes alliance which basically is an extension to the notorious 5-eyes alliance. As of 2019, it added a VPN option to its subscription plans. You can opt for either Smart DNS (on its own) or both. Here’s what the evaluation showed us:

Despite being new to the VPN industry, Unlocator provides the highest security measure – AES-256 encryption. Its application is user-friendly and very easy to use.

Pricing is fair compared to the others. As a matter of fact, the provider’s subscription is much cheaper than the others on our list as of the last time this review was updated. You can get a monthly subscription for $9.99/month (VPN and Smart DNS). If you’re only looking for Smart DNS, you can get that for $4.95/month.

Overall, Unlocator’s speeds are fine, not great, just fine. Also, Unlocator has a 30-day money-back guarantee, which begins after you test their service for 7-day, totally free.

NordVPN was launched back in 2012 and has become one of the best VPN providers in the industry. It’s based in Panama, which is a country that has no mandatory data retention laws and is not within the Five Eyes or Fourteen Eyes associations.

While checking the provider’s services, I came up with the following results:

This provider enables its users to anonymously surf the web while maintaining their privacy with its Double VPN feature. The company’s service is suited for accessing geo-blocked content, online streaming, and torrenting/P2P.

NordVPN also has a security tool to enhance your online browsing. It’s called CyberSec, a technology used to fend off any malware, virus, or malicious software that may target your device.

Just like the rest on our list, NordVPN offers a 30-day refund policy. So, you can try their service out risking nothing. Its applications for iPad, iPhone, Android, PC, and Mac are very easy to use.

How to Install a VPN on Samsung Smart TV – Final Thoughts

So there you have it. Installing a VPN on a Samsung Smart TV does take some effort, but it can be achieved. For a simpler way of bypassing geo-restrictions on your TV, use Smart DNS instead. Have you used any of the methods explained above? Were you successful or did you run into any trouble? Tell us all about it in the form of comments below. 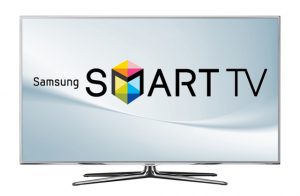 Description: ExpressVPN are only two VPNs we are aware of that offer Smart DNS which works flawlessly on Samsung Smart TVs. ExpressVPN also have a 30-day money-back guarantee. So there's no risk involved in trying them out.