Learn how to change PSN region on PlayStation. Each PS Store region offers different games and apps. The US PS Store, for example, has apps like Netflix, Hulu, HBO Go, Vudu, and others. To download and install these apps on your PS3/PS4, you have to create an American PS Store account. However, you still won’t be able to access these apps because they are geo-blocked. To unblock and watch US/UK apps on PS3, PS Vita, or PS4, use VPN or Smart DNS proxies. 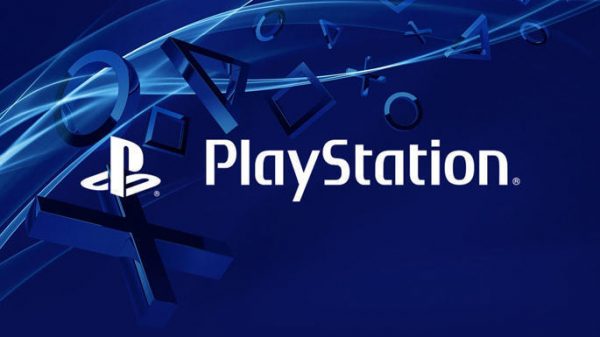 There are various reasons which might tempt a PS4 owner to change their consoles regions. You might want to get exclusive discounts not available in other countries. Additionally, some apps and games are only available in certain regions. Before we get into how to unblock US or UK apps on PlayStation, you need to create an American PSN account. To do so, please follow these steps.

Keep in mind that a lot of PS4 apps are geo-restricted. You can always get around these regional blocks with the help of a VPN though.

VPN allows you to completely change your online location. VPN stands for a virtual private network. Using a VPN, you can connect to a US VPN server. Consequently, you change your IP address to the US. Note that VPN is not needed for PSN region change or US/UK apps download. You do need a VPN, however, to watch US channels on your PlayStation.

When it comes to VPN providers, ExpressVPN is by far my favorite. I’ve prepared a table so that you can get an idea about the top VPNs for PlayStation 4.

How to unblock US/UK Channels on PS3 PS4 – Smart DNS

Now that you’ve got a “US or UK” PSN account, you can download and install any American channels you wish. To unblock and watch US channels on PS4 abroad, you have to spoof your online location. Smart DNS allows you to trick US apps like Netflix, Amazon, and Hulu into thinking you are located in the USA. Hence, you will be able to unblock them outside the USA. Here’s all you need to know about changing DNS on your PlayStation 4.

Unlocator offers a free 7-day trial to test their service. You don’t need a credit card to create an Unlocator account. In total, Unlocator supports 213+ streaming channels from around the world.

Why Change Your PS4 Region

Switching regions isn’t all about getting access to content that’s not available in your country. You get a lot by changing your PSN Store’s territory. Let me give you a few examples.

Have you ever Googled a title to see whether or not it’s available on the PSN store for download? Yeah, I did that and it is. However, it turned out to be only available in the United States. I’m talking about the old PS1 game, Legacy of Kain: Soul Reaver.

My account was set in the UK, that’s why it was missing from my download library. Once I changed my account, I was able to get the game and play it freely without having any problems what so ever. You see, if you change your Store’s region, you get access to all content exclusive to the country you switched to. That’s pretty important if you’re looking to step out of your country’s limitations.

Imagine living in the United States and you decide to download a certain application. For instance, I’m a gamer who seeks PS1 classics to play in 2019, that’s fun if you consider going back to the old days. As apps availability varies from country to country, so does the price.

You might find your desired application to be more expensive in your region, while in a different country it’s so much cheaper or maybe free. Changing your PS4 account’s country will get you better prices when it comes to PSN merchandise.

One of the most things that a PS4 user struggles with is redeeming gift cards. PSN cards are region-based. This means they’re exclusive to a specific country. For example, if the PSN card you want to redeem is a US one, you won’t be able to use it on a UK account.

If you already bought yours and can’t seem to benefit from it due to region incompatibility, you can always change your account’s region to match the gift card you own. That way, you’ll be able to use it no matter where you reside. Let me give you a proper look at the matter. Let’s say you want to redeem a US gift card outside the United States. All you have to do is change your PS4’s region to the US and you’ll be able to do so.

Traveling with Your Console

If you’re moving to another country, you’re not going to leave your best buddy behind. I’m talking about your PS4 in case you didn’t catch that. Whatever country you’re going to might not supply you with the gift cards you need to shop on the PSN store. I mean why would the UK offer US gift cards for the residents?

Alright, I get that some international cards can be bought on Amazon or so, but that takes a lot of time. Just change your region to the country you’re based in now and redeem your gift cards just like you were used to doing back home.

Competitve attitude is all that gaming is about. Not only do you wish to win all the time, but if you play the game before others, you get the bragging rights. That’s what I did when I got to play Days Gone earlier before it got an official release.

Yes, you read it right. You can access games before they’re available in certain regions if your store’s country is in the right place. I had to change my region to New Zealand in order to get the game before anyone else and it worked out pretty well in the end.

I’ve listed some of the application that you may find interesting to get on your PS4. Pay close attention as I’ll also be categorizing the best apps for PS4 according to the region they’re available in. Here we go:

So, first, create an American or UK PSN account. Then, change the PSN region on your console. Finally, use VPN or Smart DNS proxy to unblock and watch the US/UK channels you’ve installed on your PS3/PS4 outside the US.