Crackle
is a free entertainment network that works on many platforms such as Android devices, iPhones, iPads, Xbox, PS3, PlayStation 4, Apple TV, and many more. Unfortunately, Crackle is only available in the U.S., Canada, Australia and across 18 countries in Latin America. So if you live in countries such as Germany, France, U.K., Spain, or any other EU country for that matter, you won’t be able to enjoy any of Crackle’s free features. Additionally, all the Crackle supported countries get only a subset of the American Crackle, so the method below allows you to get the American version of Crackle, which is the one with the most movies and TV shows.

There are two ways to hide your IP address in order to watch American Crackle outside U.S.  VPN and Smart DNS. Further information about both setups and their advantages can be found down below. 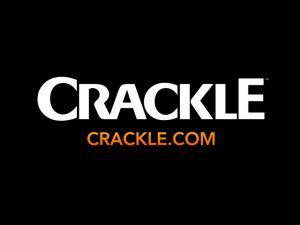 Watch American Crackle outside the USA

The service itself is available in 21 countries. However, its content varies depending on the region. That’s a form of geo-blocking, where a channel restricts some of its services based on the individual’s location.

It does that by looking up the users’ IP address, determines their location, and assigns them a certain catalog based on the region they reside in.

Sony’s Crackle has around 26 million registered users in the countries where it’s available. However, these numbers can certainly increase if others got their hands on it.

Those who live outside the 21 countries only get the following error message:

“Thanks for visiting. Unfortunately, we’re not currently available in this region.” 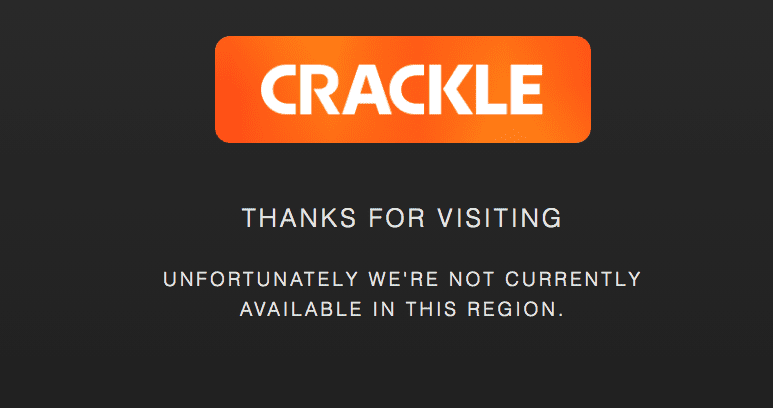 It’s no problem, Crackle can be accessed easily from anywhere in the world. So far, the American catalog is the richest among all. Well, it is a US channel after all. So we’ll be teaching our readers how to access that in the next part.

Watch Crackle outside the U.S. using a VPN

VPN, which stands for a virtual private network, helps you spoof your IP so that it appears your traffic is being generated from the USA. For example, while you’re actually living/working overseas/studying in Germany, France, or the U.K. This way you will be able to watch American Crackle no matter where you live. VPN also has additional benefits.

If you are on the lookout for a VPN, check out ExpressVPN, they do have easy to install and use VPN apps for iPhone, Ipad, Ipod, Android, PC, and Mac.

How to Unblock Crackle outside the U.S using Smart DNS Proxies

Another way to watch Crackle outside the U.S. is Smart DNS (Domain Name System). Unlike VPN, Smart DNS keeps your traffic unencrypted. While VPN redirects all your traffic to the server of the country where the VPN is based, a Smart DNS Proxy intelligently only chooses the necessary bits of traffic and redirects them accordingly. As a result, you’ll be able to enjoy local services and be applications that are exclusive to specific regions at the same time. Other advantages include:

Unlocator is a reliable Smart DNS provider. They even have a free 7-day trial, over 214 supported channels, and easy to understand Video and Picture guides.

How to watch American Crackle outside the USA – In short

Both VPN and Smart DNS Proxies allow you to greatly increase your internet freedom and get rid of any geo-restrictions. Both U.S. expats or residents outside the U.S. can benefit from these solutions to enjoy watching Netflix, Roku, Crackle, HBO, Canal+, Vudu, BEIN Sports, BBC Iplayer, WWE Network, Apple TV, and many more. Which service suits better is based on your needs, if you are still confused, feel free to send a comment.