How to unblock DAZN outside Germany or Canada with VPN or Smart DNS proxies? DAZN is a new German sports streaming channel, dubbed as ‘the Netflix of Sports’. Its live coverage includes La Liga, Ligue 1, and Serie A. DAZN is geoblocked outside Germany, Austria, and Switzerland. If you want to watch DAZN in USA, UK, France, Netherlands, Australia, Canada, or elsewhere abroad, you have to bypass regional restrictions using VPN or Smart DNS proxies. Learn how to watch DAZN on PC, Mac, iPhone, iPad, Android, PS3, PS4, Smart TV, Amazon Fire TV outside Germany. 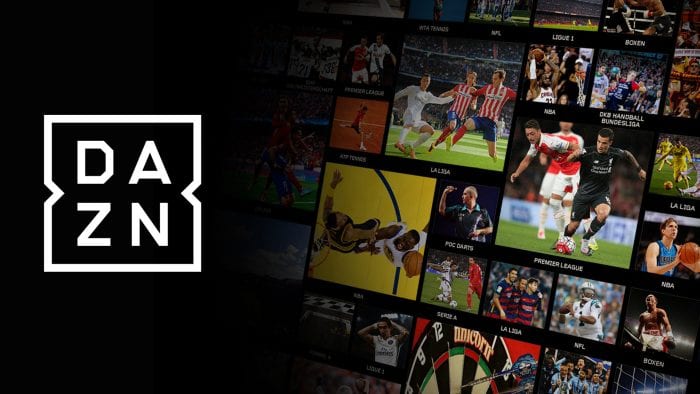 Watch DAZN Outside Germany – How to Unblock in USA with VPN

Update: DAZN is now also available in Canada. You can use VPN to unblock Canadian DAZN in the USA and watch all NFL Games.

“DAZN ISN’T AVAILABLE IN THIS COUNTRY.”

“DAZN is currently available in Germany, Austria, Switzerland, Italy, Canada and Japan. You can find out more about DAZN and where it is available here.

If you are seeing this in a location where you can usually watch DAZN, or you’d like to request DAZN in your country, then contact Customer Support.”

That is the geolocation error you get when you try to access the DAZN website outside Germany or Canada. The sports streaming service is currently available in Germany, Austria, Canada, and Japan. What you need to bypass that geolocation error is a German or Canadian IP address. So how do you get a German or Canadian IP address if you are living in UK, USA, Australia, you might ask? The answer is VPN. A virtual private network allows you to hide your IP address and get another one from a different country. Hence, you will be able to unblock geo-restricted streaming channels and websites from all over the world.

Use ExpressVPN to unblock DAZN outside Germany. There are other VPN providers which have German VPN servers needed to watch German streaming channels abroad as well. Take a look at the best VPNs for DAZN below.

How to Unblock DAZN outside Germany with Smart DNS Proxies?

Update: DAZN currently doesn’t work with Unlocator. Use ExpressVPN to access DAZN abroad instead. Should this change in the future, I’ll update this guide accordingly.

You can also use Smart DNS proxies to watch geoblocked channels abroad. Smart DNS support unblocking specific channels only, so make sure that the Smart DNS proxy service you are using actually supports the channel you want to watch. In the case of DAZN, this is extremely important as the fact the streaming channel is still relatively new.

Unlocator is the only Smart DNS proxy service that supports unblocking DAZN at the moment. They offer a free 7-day trial. To configure Smart DNS on your device or router, follow these setup guides and tutorials.

DAZN cost 9.99 Euros per month or around 11.30 USD/8.6 British Pounds. In return, you get to watch the following football/sports competitions on your favorite streaming device.

That is all you need to know about how to bypass regional restrictions and watch DAZN outside Germany using either VPN or Smart DNS. Which method you choose is totally up to you.