Fubo TV is a live streaming channel that offers La Liga, Bundesliga, Ligue 1, Seria A, and Premiera Liga. Fubo TV is currently only available in US. To unblock and watch Fubo TV in UK, Canada, Australia, Germany, France, Italy, Brazil, use Smart DNS proxy or VPN. Both methods allow you to bypass regional restrictions and access geoblocked channels such as Fubo TV. Read the following guide for more info and instructions. 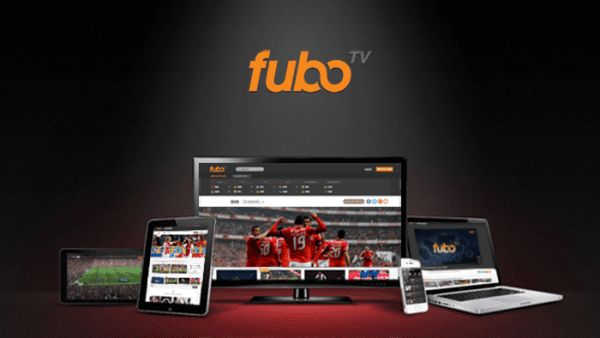 Fubo ended 2019 with 315,789 paid subscribers, but this number only covers those in the United States. The channel applies geo-blocking, which restricts Fubo’s access to the US only.

The service only allows users with a US IP address to watch its content, which is exactly what ex-pats and individuals living overseas lack. If any of them tried to watch the channel abroad, this error message will appear:

“We’re sorry. fuboTV content is currently not available in your location.” 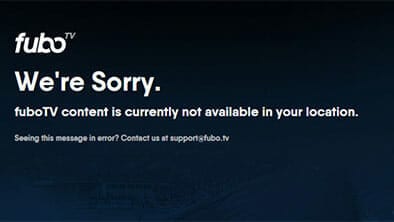 There’s a simple way anyone can use to circumvent the geo-restrictions imposed on Fubo TV and access it anywhere. Learn how to do so in the next part.

Watch Fubo TV outside US via VPN

The best method to unblock geoblocked channels like Fubo TV is VPN. VPN lets you obtain a US IP address by channeling your traffic through an American VPN server. Therefore, all US-only channels become available, including Fubo TV.

Having tried a handful of VPN providers, I’ve been fairly impressed by ExpressVPN. They have 24/7 support and 98 VPN servers around the globe.

Unblock FuboTV outside US with Smart DNS Proxy

In order to access all streaming channels on Fubo TV outside US, you have to hide your location. There are two methods to do this. The first is Smart DNS proxy. Smart DNS redirects the parts of your connection that reveal your location. Thus, enabling you to watch Fubo TV, Netflix, WWE Network outside USA.

Not all Smart DNS proxy services include Fubo TV in their list of unblocked channels. However, Unlocator does. They also have 208 other global streaming channels. Try their free one-week trial. Check their setup guides as well.

FuboTV outside US – Unblock and Watch

There’s no doubt that Fubo TV offer a great selection of dedicated football channels including Copa America 2015. All you need is Smart DNS or VPN to unblock FuboTV outside US. In case you don’t have a Fubo.TV account yet, you can get a free 7-Day Fubo TV trial here.