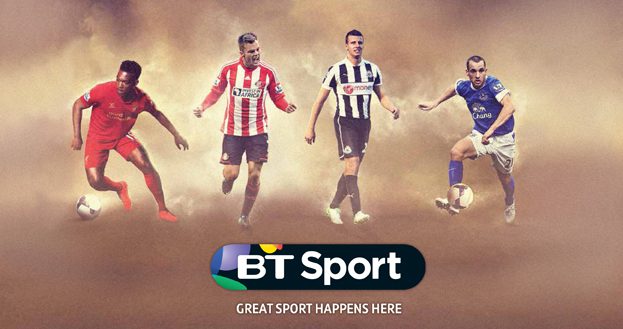 Note: Apparently BT Sport is now using Location Services on iPhone and iPad. This means that neither Smart DNS nor VPN can unblock BT Sports outside UK on these devices.

VPN can be easily setup on Android, iPhone, iPad, PC, or Mac. Before signing up with a VPN provider, verify that they have fast servers in UK. Below are the top three VPNs to unblock and watch BT Sports outside UK.

Smart DNS, like VPN, enables you to stream BT abroad. DNS setup is quite different though. You have to obtain DNS codes and use them on your streaming device. Where do I get DNS codes to watch BT Sports outside UK? Well, there are free DNS codes online. But, I strongly urge you against use them. That’s because they are one of hackers’ favorite tools to steal your private info. Smart DNS services like Unlocator provide safe-to-use DNS codes. Get a free Unlocator account here.

Make sure you check out Unlocator’s setup guides. In addition to BT Sport, Unlocator allows you to unblock over 220 streaming websites from around the world. The list includes Sky, BBC, Channel 5, Now TV, 4oD.

BT Sport outside UK – The Conclusion

Whether you use VPN or Smart DNS to unblock BT Sports outside UK, you still need a BT subscription. Given BT Sport’s coverage of Champions League, MLB, NBA, and Nascar, it’s well worth it.