How to watch Formula 1 on Kodi 17.3 Krypton? The 2019 F1 season kicks off on March, 17th, 2019 and rounds up its final lap on December 1st, 2019. You’re here because you have Kodi and would like to stream F1 2019 using it. Well, you came to the right place. In this tutorial, I will show you how you can stream Formula 1 live on Kodi. Just follow the instructions carefully and you’ll be a-okay. 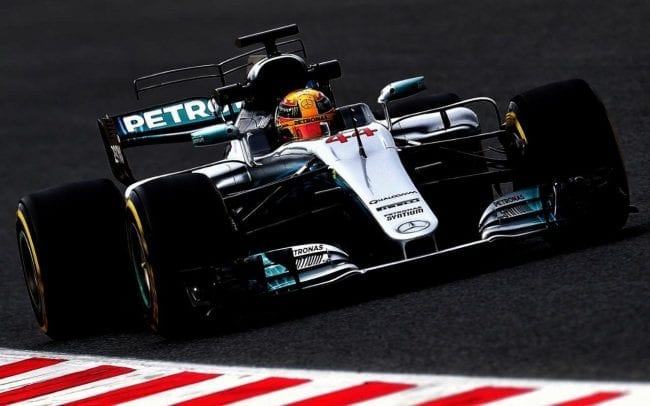 How to Watch Formula 1 on Kodi Free Live

Formula 1 has a new home after NBC Sports handed over the broadcasting rights to ESPN. Now, along with other major sporting events, the racing phenomenon is on the ESPN screen for a while in the near future.

In case you didn’t know, Kodi users can watch the full Formula 1 2019 season live on their platform? How? Well, it’s the ESPN3 add-on of course. Let me show you what you need to do:

Watch ESPN on Kodi outside the USA

By the way, there’s an important thing you should know before you proceed. The add-on only operates in the United States. Just like ESPN’s streaming service, when you try to access ESPN3’s add-on, it will examine your IP address before it allows you to stream its content.

If your traffic is not coming from the US, i.e, you don’t have an American IP address, you’re certainly not getting in. That’s why in order to get the channel outside the US, you need to fake your location and appear to be browsing in the United States.

Luckily, a VPN can do exactly that with a push of a button. You see, a VPN allows you to switch your location by connecting to a server in a country of your choosing. Once you’re connected, you’ll appear to be as if you’re accessing the internet from that country where the server is based.

So, summing up, all you have to do is connect to a US server. This will give you an American IP address and direct access to ESPN3’s Kodi Add-on.

Here’s exactly what you need to do:

ExpressVPN are the best in the business when it comes to watching American streaming channels on Kodi.

You could also use any of the respectable VPN providers in the list below to watch ESPN on Kodi outside the USA.

Here’s a list of the best add-ons you can use to stream sports live on Kodi. Note that all of these addons are official Kodi plugins.

Want to make more of your Kodi application? Here are a couple of guides you can use:

The 70th running of the Formula One World Championship is full of surprises. It kicks off on March 17th, 2019 and finalizes on December 1st, 2019. TO give you a slight idea, here’s the 2019 Formula One schedule:

This year’s F1 season promises to be huge. Mercedes, Ferrari, McLaren, and Williams have all upped their game. The new regulations are also aimed to make races more exciting.

Which team will win the constructors’ championship? Which driver will become the new F1 champion? Share your predictions below. If you have any questions about how to stream Formula 1 2019 live on Kodi, you can always leave a comment below as well.