TVNZ is a free streaming channel based in New Zealand. It offers on-demand and live shows such as My Kitchen Rules, Grey’s Anatomy, Wimbledon 2016, and Quantico. However, TVNZ is geoblocked outside New Zealand in countries such as Australia, South Africa, UAE, USA, UK, Canada, or Germany. There are two methods to bypass the geographical restrictions and unblock TVNZ overseas. Either use VPN or Smart DNS Proxy. In this help guide, you can find instructions on how to watch TVNZ outside New Zeland on Android, iPhone, iPad, PC, or Mac. 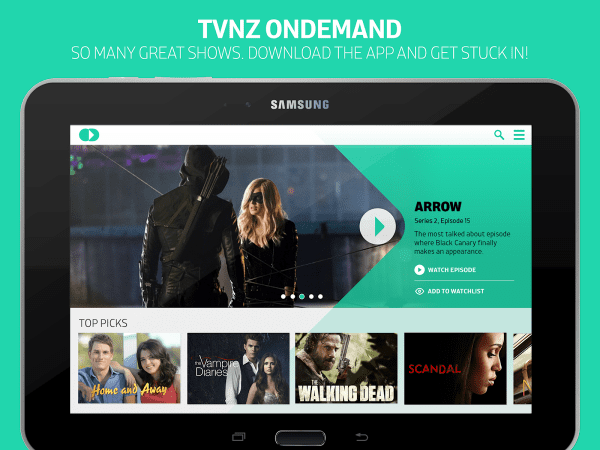 TVNZ – NZ for a Reason

In other words, no one living abroad can access its content. This is called geo-blocking, a defense mechanism applied by streaming channels for copyright reasons.

Streaming services examine a user’s IP address to determine his/her location. If it’s within their area of coverage, the user is not getting in. TVNZ requires an IP address in New Zealand, which only residents in the region hold.

Any attempt from outside New Zealand will result in the following error message:

“Whoops! Seems like you’re trying to watch from outside of New Zealand. Our videos are only available to watch within New Zealand due to rights issues.”

Thanks to today’s technology advancement, obtaining a New Zealand IP address overseas has never been easier. With a Virtual Private Network, TVNZ will be in your grasp within seconds. Scroll a bit further to the south and find out how you can do so.

How to Watch TVNZ outside New Zealand using VPN

The first method you have at your disposal for unblocking TVNZ on Demand in Australia is a Virtual Private Network. By using VPN you can change your streaming device’s IP address to one that is of New Zealand. By doing so, TVNZ will think that your computer is in New Zealand. VPN can also be used to unblock other geo-restricted streaming channels such as Netflix, HBO Go, and Shomi.

BulletVPN is the only VPN provider I was successfully able to use in order to watch TVNZ outside New Zealand. It’s not that easy, and most VPNs we tried failed. If you want to check other top providers for New Zealand, take a look at the table below.

Listed here are the devices on which TVNZ should work on.

TVNZ outside New Zealand – VPN or Smart DNS to Unblock

VPNs are the ticket that will allow you to bypass geographic restrictions and watch TVNZ outside New Zealand. Remember to change your streaming device’s timezone to New Zealand. If you do not apply this step, you will not be able to watch geoblocked content on TVNZ, even while using VPN or Smart DNS.

Copyright © 2021 The VPN Guru.
TVNZ VPN Error? We investigated.
Results: Only BulletVPN works as of April 16th.
Get BulletVPN