While giants like Netflix, Disney+, Amazon Prime, and the likes battle it out for global streaming dominance, it’s about time for NBC to join the mix. Introducing NBC Peacock (based on the channel’s logo), a joint effort by Comcast and NBC that launched in the U.S. on July 15th, 2020. The new streaming service is here, but to US viewership only. Since Peacock is now live, we all like to get a hold of it, right? So, here’s everything about NBC’s Peacock and how you can watch it anywhere. 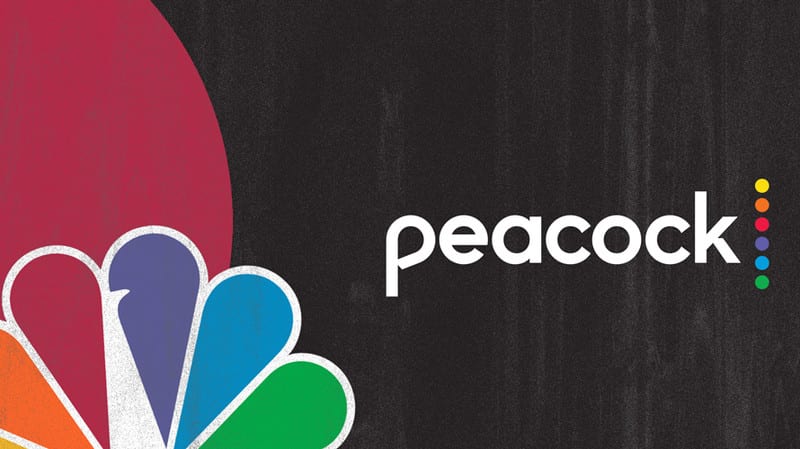 NBC’s Logo Comes to Life – In the US Only

First, let’s talk about it’s launching date because there’s a loophole you can use to access it a couple of months earlier. NBC’s streaming service is honoring the iconic channel’s logo, the Peacock.

The new platform launched on July 15, 2020, coinciding with the Summer Olympics. And since NBC is the official broadcasters of the sporting event in the United States, expect to stream it live on the new platform.

Now as for the early access we mentioned. The official launch was on July 15th. However, Comcast’s Xfinity X1 and internet-only Flex subscribers got access to Peacock Premium three months prior to the national launch, to be exact, April 15th, 2020.

Peacock offers three subscription options –  a free, ad-supported tier, as well as two premium options with more content options: one that’s ad-supported for $4.99 and the other ad-free for $9.99.

The premium version of the service contains around 15,000 hours of content, consisting of more than 600 movies and 400 TV series. Let’s not forget the live-sport access you get as well.

While NBC’s peacock logo spreads a 6-color tail, it’s new streaming service only operates in the country of (red, white, and blue), the United States.

Much like its mother company, only residents in the US can access its content. The service also examines a user’s IP address to determine his/her location.

If their not available within its area of coverage, a geo-error message will pop up. When we tried to visit their official page, this location error popped up:

“This service is unavailable in your region.”

So, basically, your IP address is responsible for the block you get when you’re trying to access Peacock abroad. If you’re an ex-pat that wants to try out the service outside the US, take a look at the next part. But before you do that, there are a couple of pointers we need to mention.

That’s not the only problem users will encounter. In fact, a lot of us now know of VPNs, but most don’t know credible ones. A normal VPN might get you into the website, but it can never play a video. There are two error messages if the VPN is not reliable enough to bypass Peacock’s VPN banning:

Just like Netflix, Hulu, Amazon Prime, and BBC iPlayer, NBC Peacock applies VPN banning, which is able to determine if the users’ traffic is coming from a VPN server. As a result, they get blocked instantly.

This occurs when a VPN does not put much effort on its servers. However, there are top providers out there that optimize their servers in order to bypass any kind of block they encounter. Let us show you what VPN can do this and how to use it to watch NBC Peacock anywhere.

Now that we know what the problem is, we should give you the solution you came here for. It’s simple; you just need a tool that spoofs your online location and allows you to appear in the United States.

We’re not talking about faking your GPS because that won’t work. We’re talking about changing your IP address, and the best way to do that is with a Virtual Private Network.

Widely known as a VPN, it’s a piece of software that reroutes your internet traffic through a remote server in a country of your choosing. Once connected, your data gets encrypted (Extra security), and your IP address gets cloaked (Extra anonymity).

Next, the VPN will assign you a temporary IP address valid in the country where the server is based, allowing you to access all restricted online content in the region no matter where you are.

For example, if you connect to an American server, you’ll obtain a US IP address. Once the connection is established, you’ll be able to stream NBC’s Peacock and dozens of other US-restricted channels anywhere.

Getting around geo-restrictions and accessing Peacock anywhere in the world require a few steps. Here’s what you need to do:

We recommended ExpressVPN since we’ve previously tested it with NBC’s streaming platform. It unblocks it with ease. We don’t think it’s going to work differently with Peacock.

ExpressVPN has shown amazing speeds every time we connected to a server. It doesn’t matter how far we were from the server’s location; blazing-fast speeds were guaranteed.

On the other hand, according to our evaluation process, ExpressVPN topped the charts in terms of security, privacy, and efficiency when it comes to its features.

There’s also their Smart DNS service, which allows users to unblock channels without tampering with their internet speed. Finally, ExpressVPN offers a 30-day refund policy in case you changed your mind. If that’s the case, you can always choose one of these top providers in the table below as an alternative.

Peacock is available on a long-range of devices so that every user can get a hold of the service. Here’s where you can watch Peacock’s content:

The new NBC streaming service is going to put one hell of a fight in the ongoing streaming war, especially in the United States. The first advantage Peacock has is that it will offer access to live sports on its platform. That’s something neither of its competitors has done so far. We’re talking about the likes of Netflix, Disney+, and yes, HBO Max as well.

Moreover, we still don’t know if NBC is going to strike that punch against Hulu or not yet, but it’s most likely to happen. As you may know, NBC had a minority share in Hulu, emphasis on “Had.”

Now, Comcast and NBC struck a deal with Disney to handover those shares, making Disney the sole owner of Hulu in the process. Technically, the deal states that NBC can have its programming on both Hulu and its own streaming service.

But if you want to win a war, the other party should lose. In the near future, NBC will have the right to pull its programming. However, the question is, does it have the obligation to do so?

Furthermore, Peacock premium allows earlier access to the Late Night lineup. For example, subscribers to the service can watch “The Tonight Show Starring Jimmy Fallon” at 8 p.m. instead of its normal TV time of 11:35 p.m. and “Late Night with Seth Meyers” at 9 p.m. ET instead of 12:35 a.m.

NBC is available in more than 114,848,000 households in the United States. That number of viewers may help Peacock excel a lot faster if these users are interested in cutting the cord.

Peacock promises to be a tough competitor to Netflix and Disney Plus. Do you think it can pull it off? Well, you do know how to unblock Peacock globally now and you can find out yourself. If you have any more questions about NBC’s streaming service, let us know in the comments below.